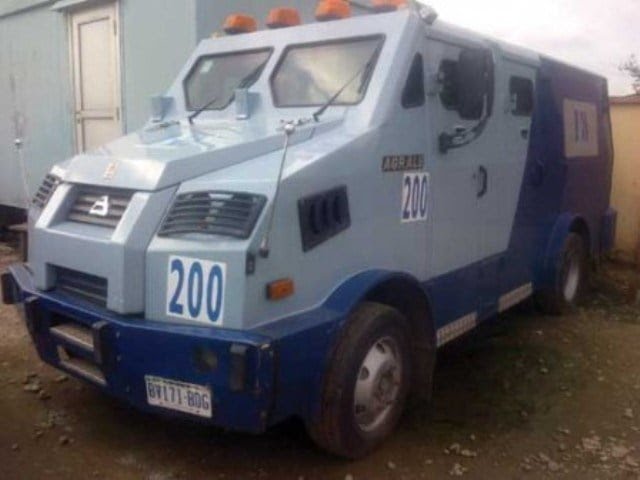 Touchaheart blog reports that two persons were on Thursday evening killed in Ondo State following an attack on a bullion van by gunmen suspected to be armed robbers.

The gunmen struck at Elemosho Village along Akure-Ondo highway in Ondo East Local Government Area of the state where they waylaid the bullion van.

It was gathered that the bullion was on transit to a commercial bank in Akure, the state capital.

Following the attack, which lasted 20 minutes, the robbers were said to have carted away an undisclosed amount of money.

Touchaheart blog gathered that sporadic gunshots renting the air, the villagers ran into the bush as they scampered for safety.

According to a villager “The robbers arrived at the scene in a Lexus car and waylaid the convoy of the bullion van. They succeeded in vandalising two out of the three vehicles in the convoy with bullets.”

The villagers maintained that the Amotekun Corps arrived at the scene shortly after the robbers left and took one victim to the hospital.

The state Police Public Relations Officer, Mr Tee-Leo Ikoro said the robbers fled before the security men got there.

Bolivia’s Morales ‘ready to return’, as US backs his rival Anez

Kanye West Drops Out Of 2020 US Presidential Race