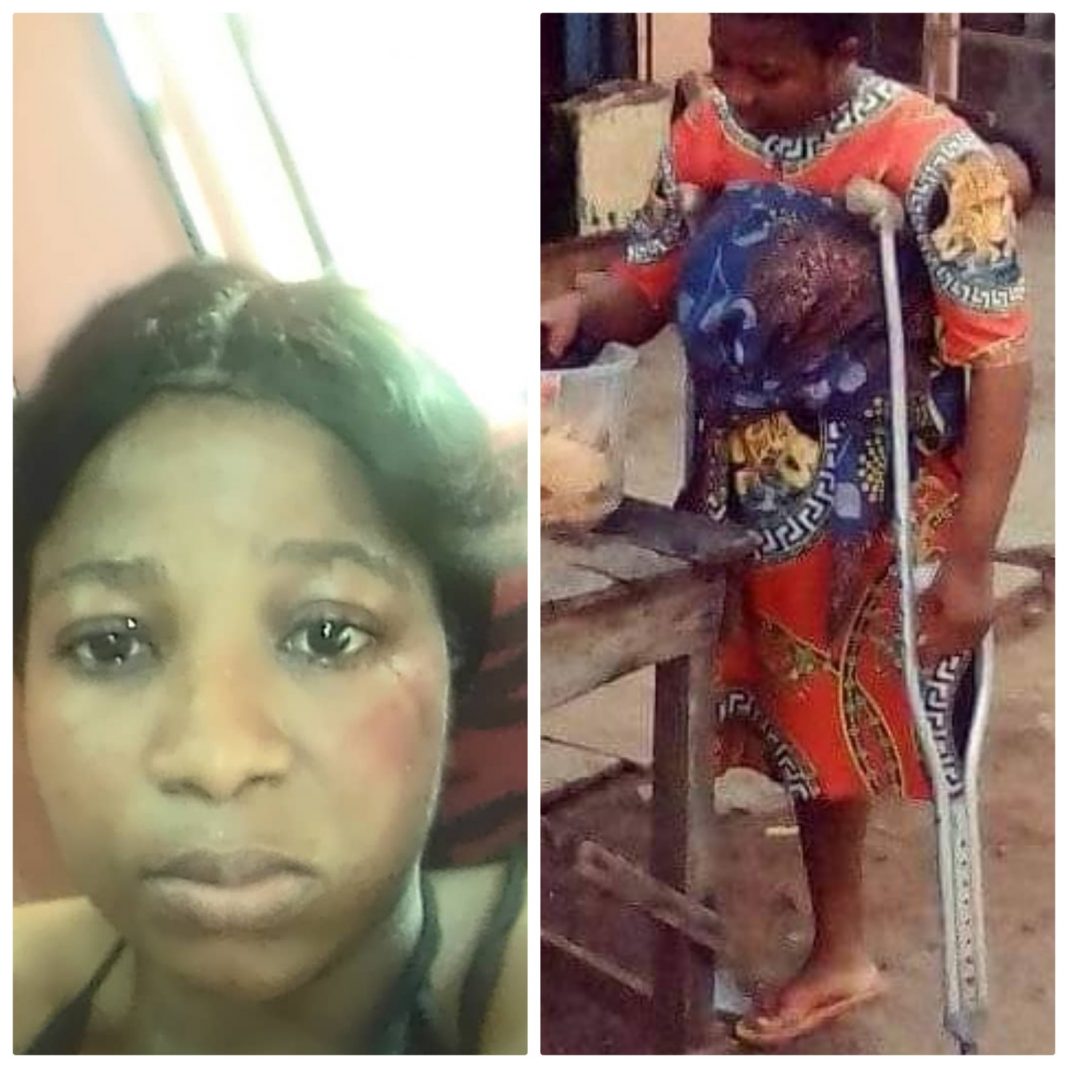 Touchaheart blog reports that Cynthia Amaka Okoro, a nursing mother and an amputee, who hails from Oru East Local Government Area of Imo State, is now suffering the aftermath of the severe beatings from her husband that almost cost her, her dear life. 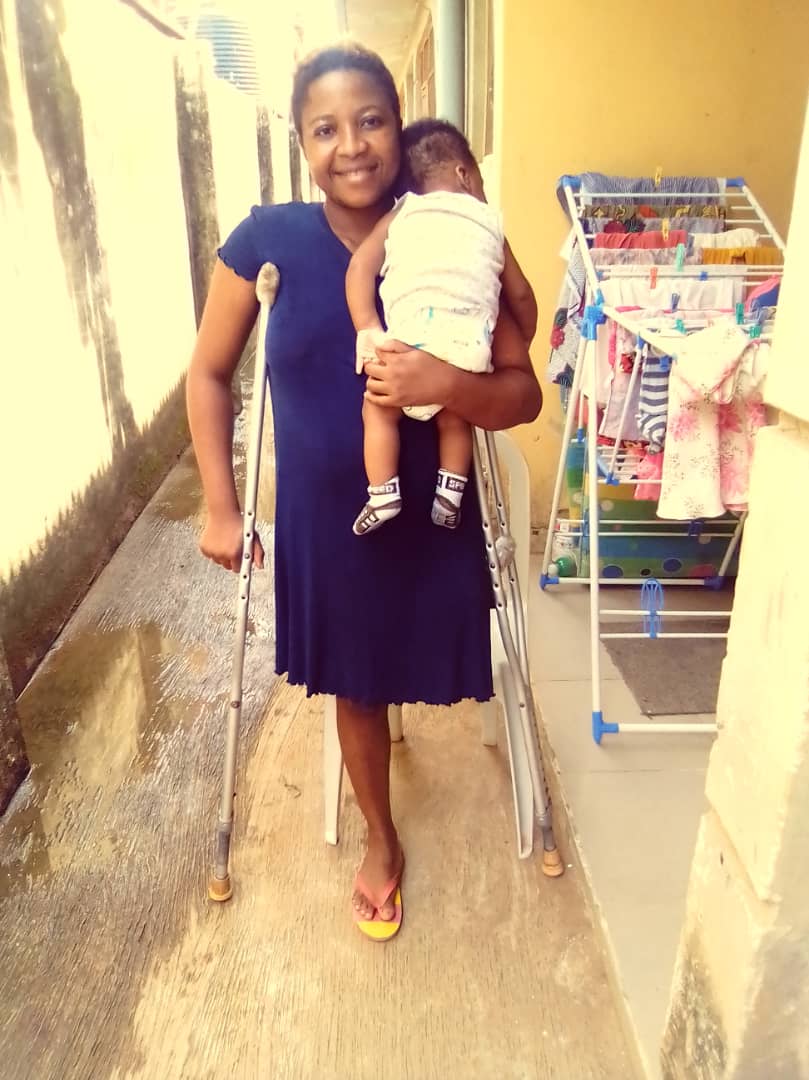 Ms Cynthia, who is a graduate of the Imo State Polytechnic, has been suffering domestic violence for years immediately she met her husband in 2019.
The Physics amputee graduate said she had to run away from her marriage with her baby who is currently sick after being almost beaten to death by her husband.

Ms Okoro who lost one of her legs to an accident that almost took her life about eight years ago, now feeds from hand-to-mouth due to her condition as she is unable to secure a pay job.

The accused husband Mr. Uche Opara could not be immediately reached for comment. But sources close to the embattled couple confirmed the development.

One of the sources, who craved anonymity, recalled how the amputee nursing mother tried to reach out to her on several occasions but she (our source) could not do much to help.

Touchaheart blog gathered that to survive, the amputee says she now hawks meat-pie in Lagos to support herself and her baby after being accommodated by a Facebook friend who saw her deteriorating condition.

She further revealed that her mother rejected and disowned her because she (the mother) has always been against her (Cynthia) getting pregnant for a man who has not paid her pride price nor done any traditional marriage rites for her people.

According to her, “One of my legs was cut off as as a result of an accident which happened 8 years back, and has put a pause to my dream of getting a job.

“Although, life has been difficult ever since my dad, the bread-winner passed away, and then I crossed path with the father of my child in 2019, who happened to be an abuser.

“Though I got pregnant for him but had to run away because he beats me at any slight opportunity he gets. After being delivered of the baby, I went to my sister’s house since my mother won’t accept the child as she saw me as a family disgrace.

“Few weeks later, the father of the child came begging, I gave him a second chance, not knowing it was a second chance to kill me, I was beaten almost to death, and again, I had to run away back to my sister’s place, but was turned down as she lamented that her husband never welcomed the idea of me staying with them.”

What will happen to Osinbajo – Adeboye

#BBNaijaupdates: ‘HEAD OF HOUSE’ NANGI AND PRINCE HAVE FIRST SWIM IN THE BIG BROTHER...