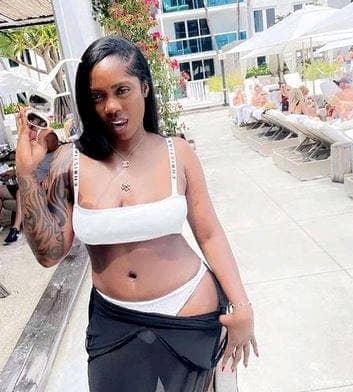 Touchaheart Nigeria reports that Singer, Tiwa Savage has cleared rumours of her being pregnant in style.

Since Nigeria’s leading lady of the stage, Tiwa Savage walked out of her marriage she has been a soft target for all sorts of rumours.

The latest being that she had taken in for a secret lover. The rumour was so rife it made it into some news outlets.

The koroba crooner ignored it for a while until recently when she decided to nip it in the bud, not by making any sound but by the power of sight.

She only posted a picture of herself, revealing her tummy to let the world have an eyeful for themselves.

“Tiwa I see what you did there, you are finally reacting by showing us your stomach to show that you are not pregnant as the blogs claimed.”

Immediately after, Twitter went into overdrive with different users making all sorts of spurious claims that turned into a widespread rumour.