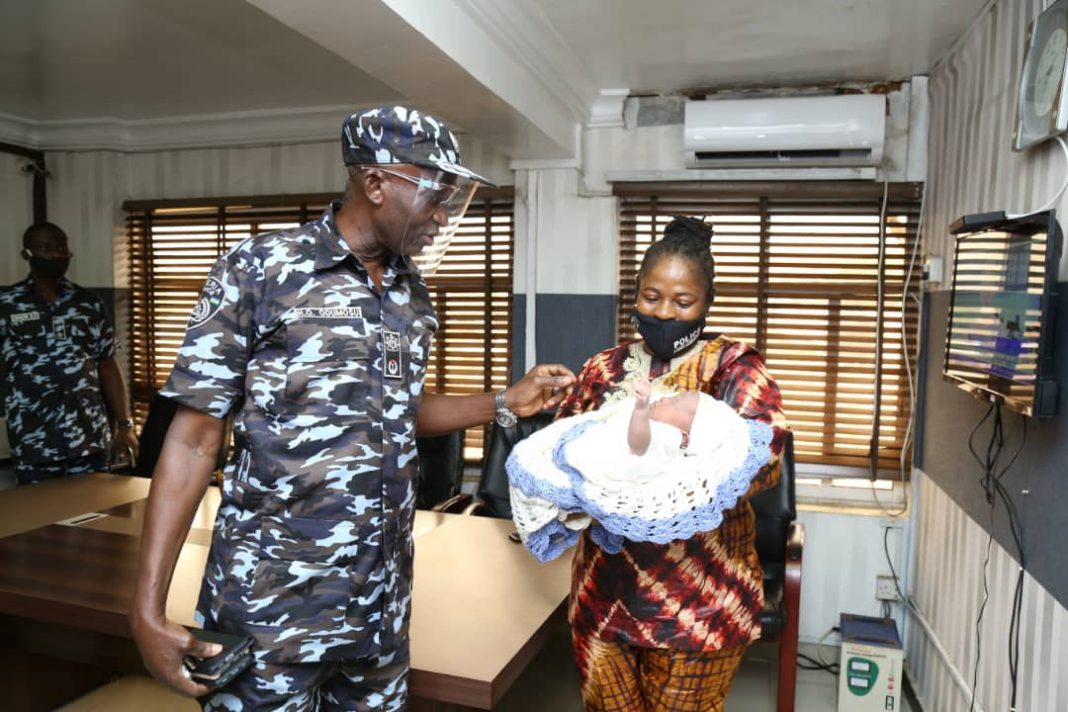 Touchaheart reports that he Lagos State Police Command has today 14th May, 2021 at about 8am, rescued another one-month-old female child that was abandoned at the junction of Odun-Ade Filling Station by Orile Bus Stop, Lagos.

The baby was taken to the office of the Commissioner of Police, Lagos State, CP Hakeem Odumosu by the Officer in charge of the Gender Unit where CP Hakeem Odumosu directed that the baby be accorded proper medical attention and taken to a government accredited shelter (facility) for custody and proper care.

The Commissioner of Police, Lagos State, CP Hakeem Odumosu, reassured the general public that the command will continue to work with all relevant government agencies and interest groups in fighting against this inhuman act and other social vices in Lagos State.

Female Cultist Recounts How She Slept With 10 Male Cultists As Part Of The...