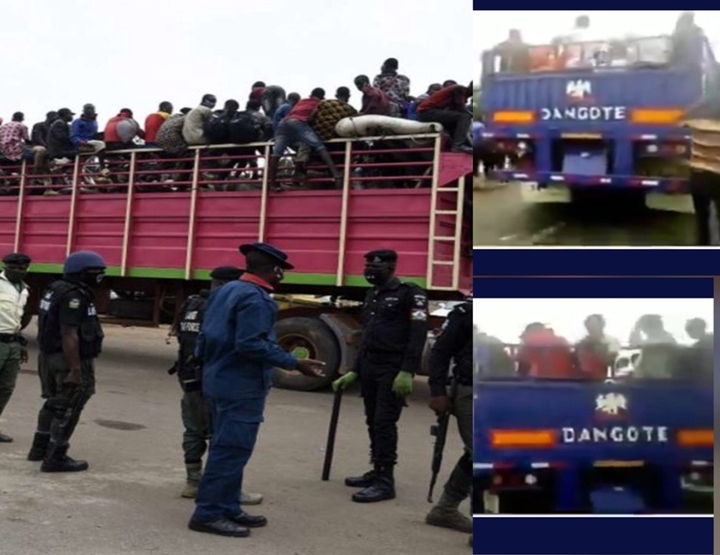 Touchaheart blog reports that presently, a video is circulating on social media. This video shows Hausa men, children, women being transported to the southeastern part of Nigeria in disguise for bags of salt. As was reported by an eyewitness.

The police, Civil Defence were however shocked after discovering that the said truck was illegally transporting these children, men, women to the southeast in a dehumanizing way.

Touchaheart blog gathered that this video has gotten a lot of attention as many Nigerians are reacting to it. The majority thinks that this is indeed wrong. They blamed the truck driver for what he did and asked the police to arrest all those involved. They argued that all those inside the truck pose a security threat to the southeast region.

Dangote does all kinds of business with his trucks. Dangote should desist from transporting his fulani brothers to South East Alaigbo (Igbo land).
Enough of all these nonsense. https://t.co/6H65cYI1nh Miyetti Allah pic.twitter.com/vH95ZrshcP 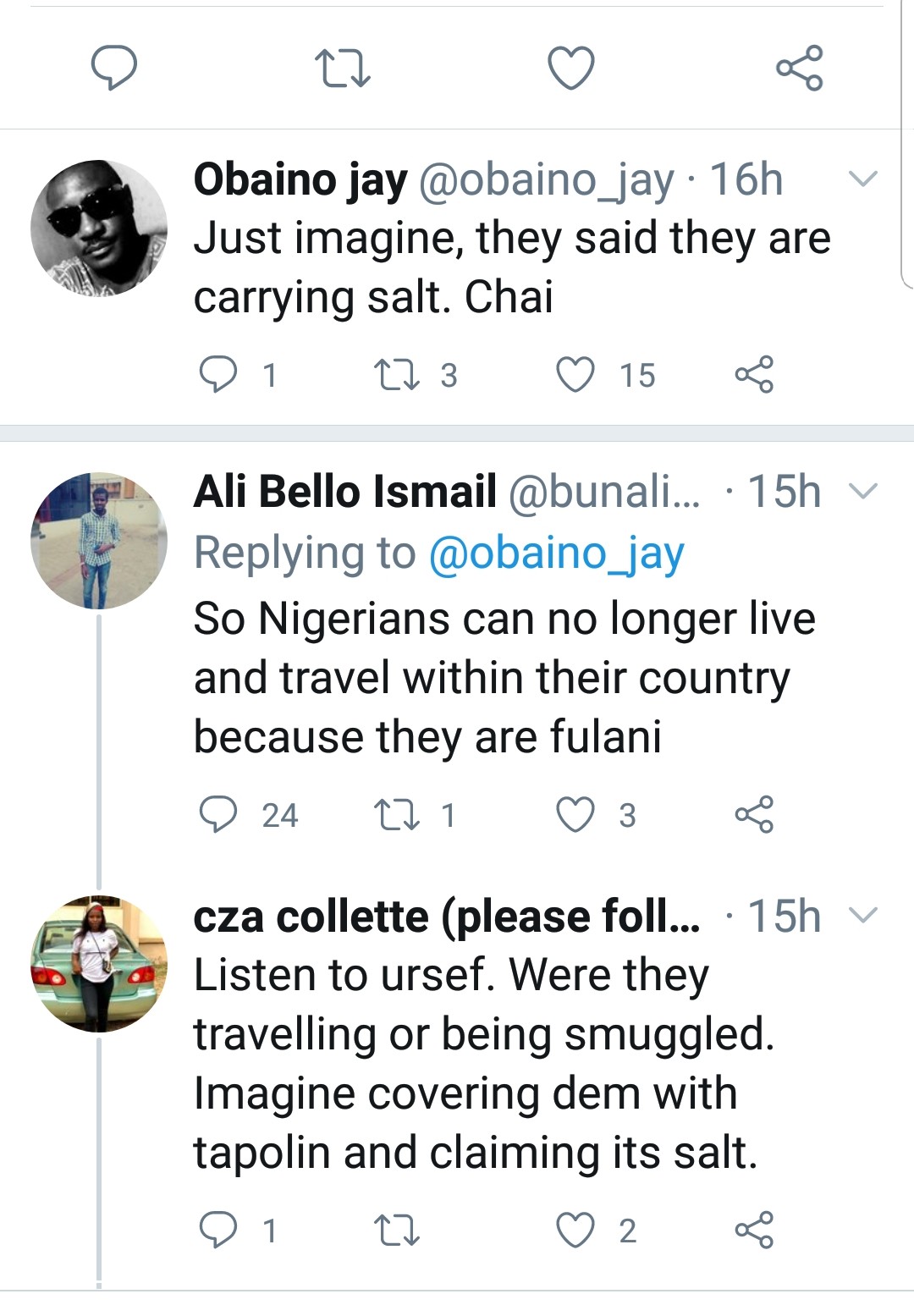 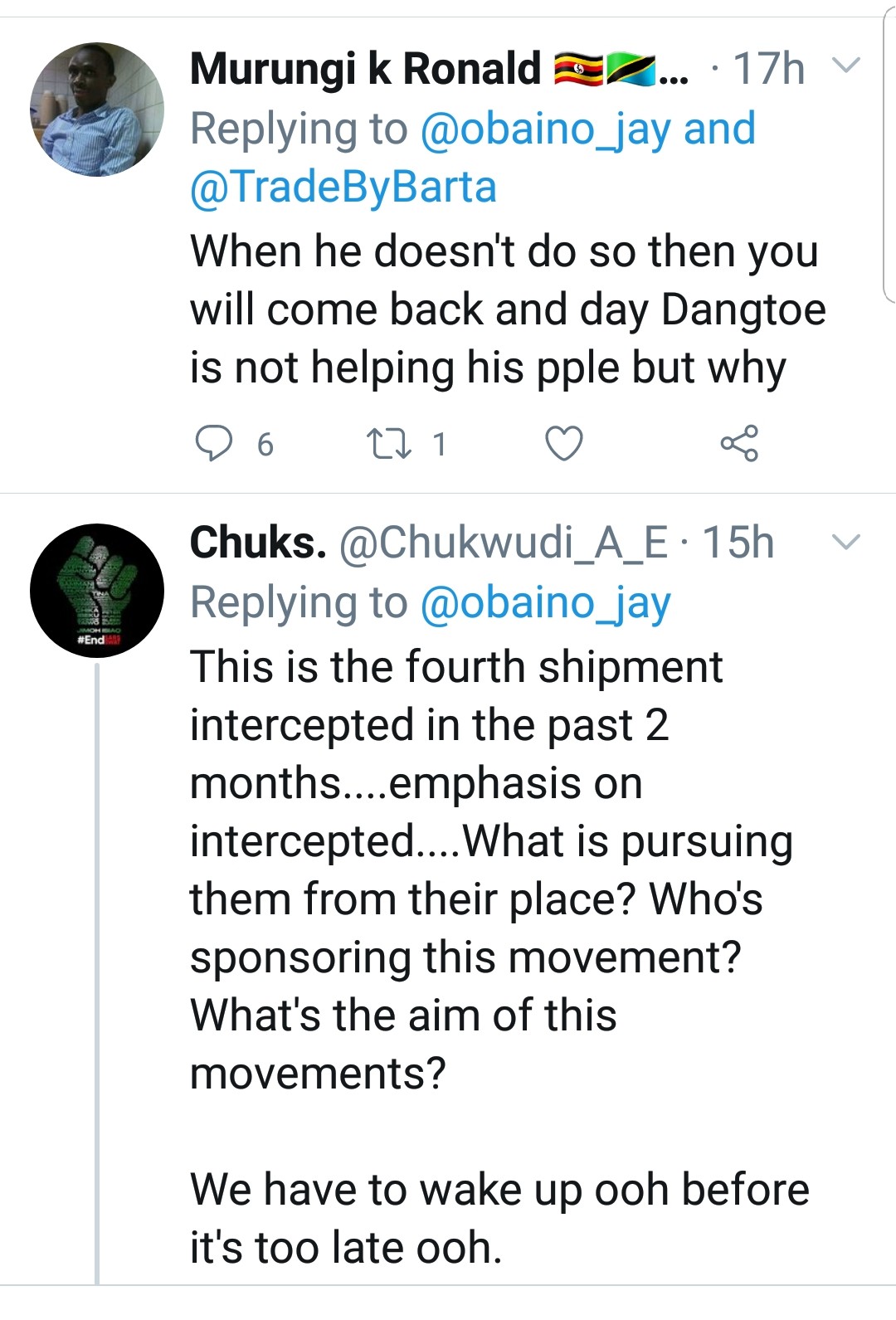 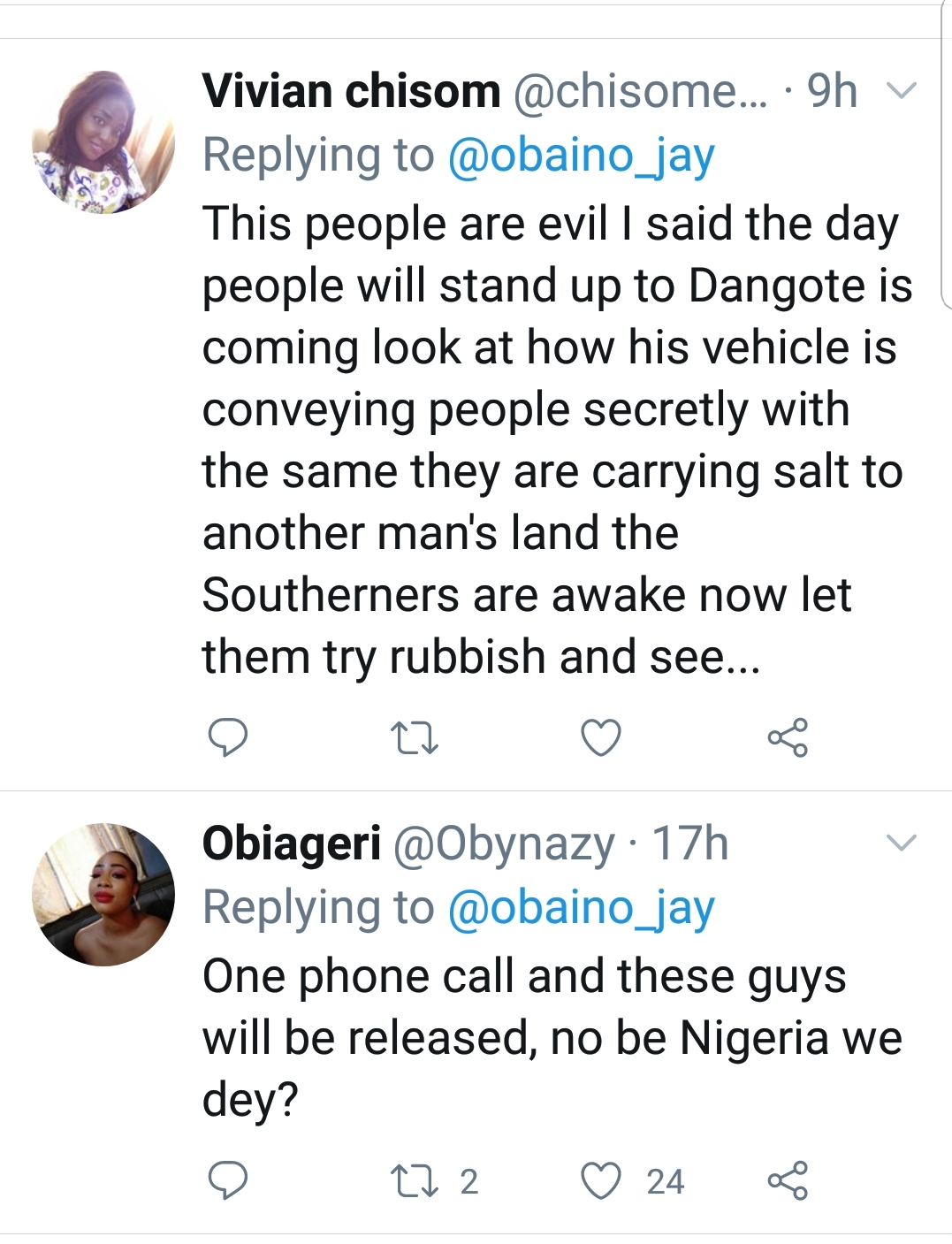 Lagos State House of Assembly, Rt. Hon. Mudashiru Obasa, Has Been Boosted With A...

Nigerians are fed up with this NGO called APC – Dino Melaye