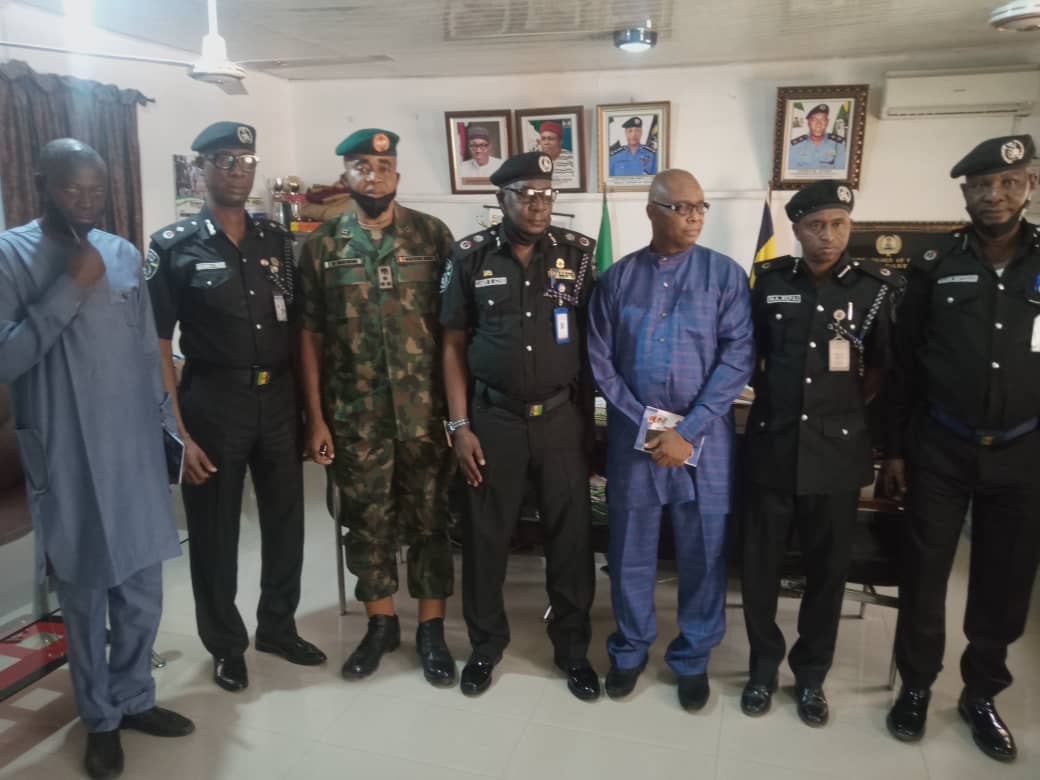 The Commissioner of Police, Taraba State Police Command, Ahmed M. Azare, on Tuesday, May 18, received the newly posted Brigade Commander in his office on a courtesy call.

This is contained in a statement signed by DSP David Misal, Police Public Relations Officer, PPRO, Taraba Police Command and made available to NAOSRE.

According to Misal, the courtesy visit followed the establishment of 6 Brigade in Jalingo by the army headquarters, Abuja.

In his remarks, the Brigadier General informed the commissioner that the purpose of the visit was to familiarize himself with the command and seek for collaboration, synergy and intelligence sharing between the police and the military.

General Mabekowu assured the CP that he will do all it takes to make the Brigade work within a shortest possible period of time including deployment of other staff officers from the National Headquarters.

Responding, Azare explained that the Command has been working cordially with the military in the state and assured the August visitor that the command will do all it takes to strengthen the relationship especially in intelligence gathering and sharing.