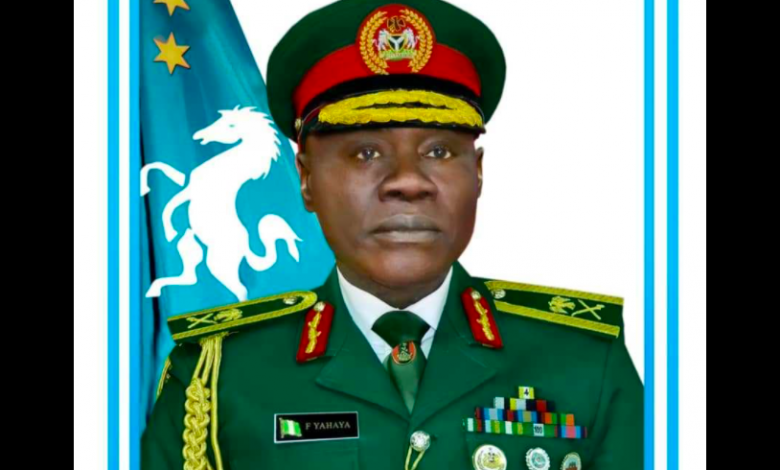 The Nigerian Army has commenced the process of retiring 29 generals from service following the appointment of Farouk Yahaya as the chief of army staff.

Touchaheart blog gathered that the decision to compulsorily retire the generals occurs despite the claim by the Defence Headquarters last week that none of its personnel had been retired following the appointment of Mr Yahaya, who belonged to Regular Course 37.

Mr Yahaya, a major general, from Sokoto State, was named the army chief by President Muhammadu Buhari on May 27.

He succeeded Ibrahim Attahiru, a lieutenant general, who died on May 21 in a plane crash alongside 10 other military personnel while on official assignment to Zaria, Kaduna State.

Shortly after the appointment of the new COAS, there were speculations that between 30 and 45 generals, who are his seniors, may be asked to go home.

The senior generals belong to Regular Courses 35 and 36.

It is a tradition in the military that when a junior is appointed as a service chief, senior officers, who are ahead of him or her, would proceed on retirement.

The understanding is that senior military officers are unlikely to take orders from their juniors.

The Defence Headquarters, however, dismissed the speculations of massive retirement, saying the retirement of senior officers from the military was always ‘voluntary’.

It said the military high command had yet to authorise the retirement of any officer.

The Acting Director, Defence Media Operations, Bernard Onyeuko, a brigadier general, who briefed journalists on the matter last week, said retirement of senior officers from the military was always voluntary.

“At this point, you are all aware of the appointment of the new Chief of Army Staff, Maj.-Gen. Farouk Yahaya,” Mr Onyeuko said.

“This has stirred up a lot of rumours in the media about mass retirements in the military.

“I wish to use this medium to dispel such unfounded rumours as retirement is only on a voluntary basis for senior officers who desire to do so.

“At this point, no retirements have been authorised by the military high command.”

GENERALS TO BE RETIRED

A memo sighted indicates that a total of 29 army major generals have been approved to proceed on terminal leave, which was termed ‘annual leave’ paving way for their eventual retirement.

According to the memo, the 29 generals, from Regular Course 36, were asked to proceed on the leave.

The memo was, however, silent on major generals from the Regular Course 35, who are also Mr Yahaya’s seniors.

Multiple sources in the army said that such mass leave approval for generals from the set was the prelude to their compulsory retirement.

One of the affected officers also said he had not been notified about the leave as of Monday morning. The general, who asked not to be named as he had no permission to talk to journalists, also said their formal retirement would have to be approved by the Army Council before it is official.

President Muhammadu Buhari, as Commander In Chief of the Armed Forces, is the head of the army council which also includes the defence minister, the chief of defence staff and the chief of army staff.

NDUME’S CALL FOR SERVICE CHIEFS TO STEP ASIDE: PUTTING THE CART BEFORE THE HORSE...

Insecurity: I won’t return to Abuja until Boko Haram is defeated – Buratai vows