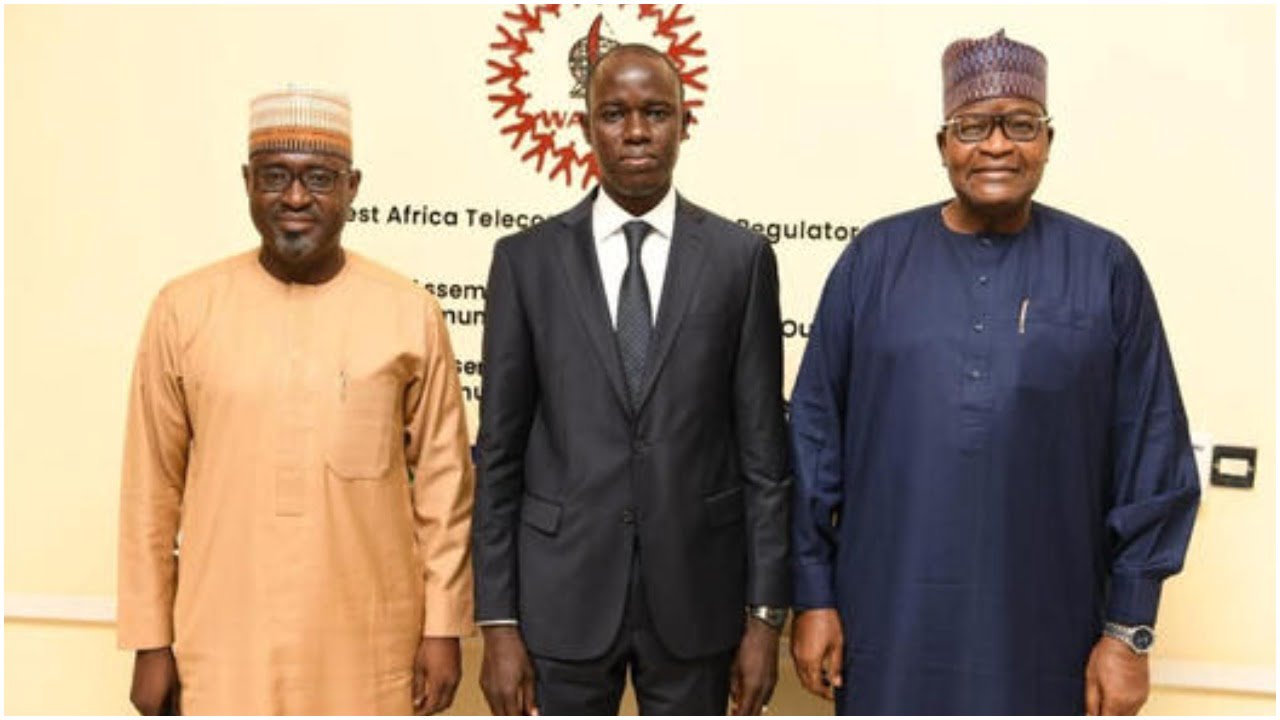 Danbatta, Ndiaye, the head of the NCC, hoists the Senegalese flag at the WATRA secretariat

On September 16, 2021, in Maitama, Abuja, the Executive Vice Chairman and Chief Executive Officer (EVC/CEO) of the Nigerian Communications Commission (NCC), Prof. Umar Garba Danbatta, joined His Excellency, Babacar Matar Ndiaye, the Ambassador of the Republic of Senegal to Nigeria, to hoist the Senegalese flag at the Secretariat of West Africa Telcom (WATRA).

Danbatta, who is also the Chairman of WATRA’s Executive Council, stated that the event was so significant that it went beyond the physical hoisting of the flag, noting that “it symbolises the cohesion taking place in WATRA” and gave concrete and louder expression to collaboration and cooperation among WATRA’s member states.

Prof. Danbatta also stated that the increasing demonstration of cooperation and cohesion by WATRA member states demonstrates an unwavering commitment to harnessing ICT resources to improve the quality of life of the sub-people, region’s noting that ICT remains an enabler for bridging the gaps in the development pathway.

Touchaheart Nigeria reports that Ambassador Ndiaye, who is also Senegal’s Permanent Representative to ECOWAS, bolstered Danbatta’s viewpoint by describing the ceremony as a joyous occasion, stating that it was pleasant to assemble at the WATRA Secretariat to raise the Senegalese flag among that of other member states.

Senegal, he added, has never shied away from making significant contributions to ECOWAS and other regional agencies, and he expressed his country’s willingness to cooperate within ECOWAS’ political and economic framework to streamline difficulties faced by regulators such as WATRA.

The emerging Internet of Things, Artificial Intelligence, the convergence of networks and applications, the imperative of infrastructure sharing and the increasing needs of telecom consumers, the dynamics of financial services, and electronic commerce in general are among the key challenges that regulators face, according to Ambassador Ndiaye.

According to Ndiaye, the telecom regulator is critical to the acceleration of growth in other sectors of the economy, and so holds a major position in the socioeconomic landscape. He expressed his enthusiasm for sustained collaboration to address the telecom sector’s many issues, noting that the outbreak of COVID-19 and the anticipated post-COVID-19 interactions have exacerbated the challenges of telecom regulation.

The Senegalese envoy took advantage of the occasion to express the gratitude of the Senegalese government and people to the Federal Government of Nigeria for hosting WATRA, and thanked the NCC for continuing to support WATRA and promoting greater cooperation among member states in order to reap the benefits of the Fourth Industrial Revolution.

Aliyu Yusuf Aboki, the Executive Secretary of WATRA, in his welcome address, expressed extreme delight at having the ambassador and the chairman of WATRA at the flag presentation and hoisting ceremony.

Aboki noted that the presence of the duo underscored the importance that “policymakers and political authorities in Africa attach to the digital economy as a means of promoting investment, jobs and growth”, even as the meeting also signifies the sub-regional determination to work together in order to improve telecommunications regulations in a manner that enables “operators and investors to deliver more affordable, higher quality and more innovative services” to the people of West Africa.

Aboki who also recalled the rare strides made by the Government of Senegal in promoting digital economy amplified the voice of Ndiaye by expressing the gratitude of the 16 member countries of WATRA to the Nigerian Government, which, through the NCC, has continued to support “the Assembly and for hosting WATRA.”

The West African Regulators Assembly (WATRA) is made up of ECOWAS member states and Mauritania. The hoisting of the flag of member states of WATRA at the Secretariat, an initiative of the Danbatta-led Executive Council, commenced after the last AGM where Aboki and Danbatta emerged, respectively, as Executive Secretary and Chairman of the Executive Council. The flags of thirteen member states were hoisted at the AGM, with Mauritania sending a representative to complete the ceremony later.