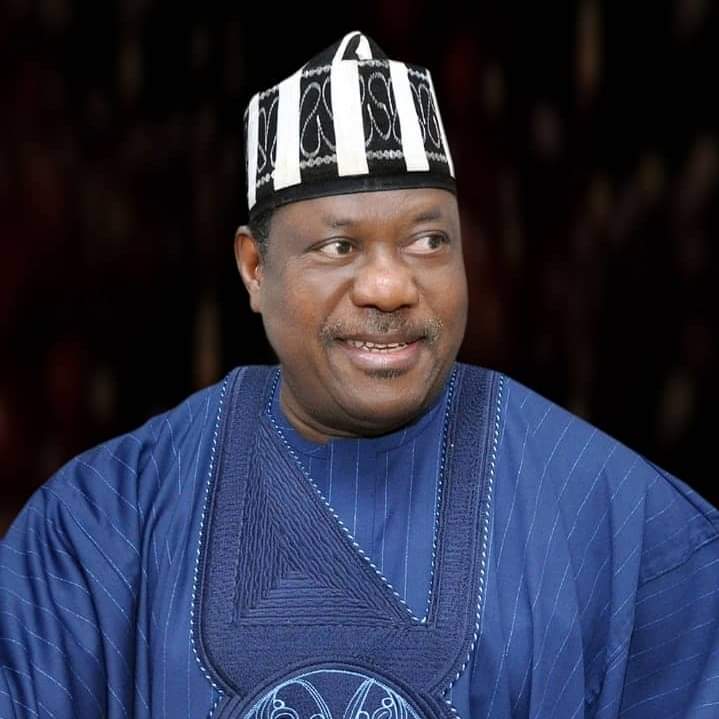 AKUME: THE PRINCE OF PERSIA

Do you remember the character in the Bible who is believed to be a fallen angel and who hindered angel Gabriel on his way to give Daniel the answer to his prayer? Daniel was asking about the future of the Jewish people, his compatriots. The infamous Prince of Persia did all he could to prevent the message from getting to its destination.

Daniel couldn’t receive an answer for weeks, but, fortunately, archangel Michael defeated the Prince and his evil intentions.

Now, compare the Bible story with what is playing out in Benue State at the moment. A Daniel (Governor Samuel Ortom) is seeking the liberation of his people from the shackles of oppression and conquest agenda of Fulani jihadists. On the other side of the divide is the Prince of Wannune (George Akume) who does not want the people of Benue to gain their freedom.

He has deployed all arsenals of war against captain Daniel (Ortom) and is also using blackmail to win the battle.

Touchaheart Nigeria reports that He has teamed up with the Fulani pastoralists who have given him huge sums of money to help pursue their conquest cause.

The Prince of Wannune has promised the jihadists that if they help him to successfully sponsor a candidate for the 2023 Benue governorship election, their target to repeal the Open Prohibition and Ranches Establishment Law and the opening of cattle routes and grazing reserves will be accomplished.

The jihadists have assured the prince that his request will be granted. This is why he has become so desperate and is holding one press conference after another and sponsoring more groups to attack Governor Ortom.

After his press conference in Abuja, he printed the statement into several cartons and took to all offices in Abuja especially the ones occupied by Fulani people to show them that he is working hard for them.

The latest report has it that the prince of Wannune has recruited a former Minister of Justice into his evil agenda and is promising him the APC ticket.

The ex-minister has already made a strong commitment to the jihadists that he will do their bidding. To prove that pledge, his child has already converted to extreme Islamism.

Akume is not new to these dirty and treacherous ways. He ruled Benue State for eight years but does not want to see another Benue son to serve two terms as governor.

He brought Gabriel Torwua Suswam but even before Suswam could finish his first tenure, he recruited Suswam’s kinsman, Prof Steve Ugba to replace him.

Senator JKN Waku was one of the most audible and articulate senators of his time. The man Akume did everything to see that Waku lost re-election in 2003.

He knew he was going to take away the seat so he never wanted a strong occupant of the Senate seat.

He achieved his aim by pushing Orti aside in 2007 to go to Senate himself.

The man Senator George Akume is a true or wan iyuhe (sadist). The best name for him is Aleister Crowley (google about this man called Crowley).

Akume does not want any other Tiv man to do two terms as governor. This is why he tries to remove anyone who occupies the office after the first term.

Akume hates those living in internally displaced people’s camps. He has never visited any of the camps or sent relief materials. He has often accused Benue people of killing themselves. This is why stakeholders from the state recently gave Akume heavy knocks over his betrayal with reckless utterances. Take a look at what the groups said below:

“Akume’s desperation to please Mr. President has blinded him to the to point of forgetting history. He accused Ortom of being incapable of handling Benue resulting to violence and deaths. But Akume must be reminded of the terrible death of Mr. AZUA Ishoribo, his younger brother who was slaughtered at Wannune – Tarka, his legs tied and his body thrown into River Benue.

We hope the Minister has not forgotten the unprecedented killings and destruction that took place in Tarka, his local government, Kwande, Gboko and other areas in the Tiv land during his tenure as governor. Was Ortom responsible for all those evil visitations on our lands at that time?

Of all the pictures painted above, our knowledge of the person of Senator Akume detects that we be less bothered about him but his call for a State of Emergency in Benue State is our concern. Here is a man who has been shown much love by Benue people in the past but now wants to demolish democracy in his state. Is it because Akume was overwhelmedly rejected at the polls for his 4th term bid to the Senate that he resorted to a call for a State of Emergency which is a call for anarchy?” ⁃ Jemgbagh Unity Forum.

“It is sad that Akume and his cohorts seek to trample on the pride of Benue to sing praises to President Buhari and his administration that has failed to secure the lives of Benue people.

“We want Akume and his group to remember that human life is sacred, the lives of Benue people are precious and as mothers, we will rather die supporting our Governor than being beggars at t free he court of killers”.  ⁃ Concerned Benue Mothers.

“It is unfortunate that the Minister from Benue, George Akume, who holds a vital position in this regard, and one of the signatories, Benjamin Adanyi, a Member of the North East Development Commission, could not make a case for Benue IDPs but chose to play politics with their plight. It is also worthy to state that none of the signatories to that press conference, as well as the APC leader in Benue State, George Akume has ever visited any of the IDP camps in the last three years. We, therefore, wonder why people without empathy can speak for the victims they never catered for nor ever sympathized with.” ⁃ Ihyarev Elders Forum.