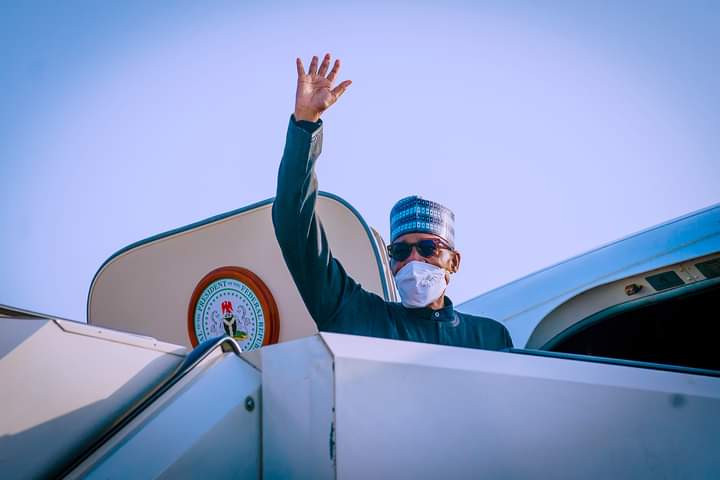 Buhari Off To Ethiopia For PM Abiy Ahmed’s Inauguration

Buhari Off To Ethiopia For PM Abiy Ahmed’s Inauguration

will go to Ethiopia for Prime Minister Abiy Ahmed’s inauguration for a second five-year term.

Touchaheart Nigeria reports that Femi Adesina, the president’s spokesperson, said in a statement on Saturday that the president will depart Abuja on Sunday ahead of the ceremony on Monday.

Buhari is expected to give a goodwill message at the opening event, followed by a State Banquet in honor of visiting Heads of State and Government, according to him.

Buhari will be joined by the Minister of Foreign Affairs, Geoffrey Onyeama, and Ambassador Ahmed Rufai Abubakar, Director-General of the National Intelligence Agency (NIA), according to Adesina.

He stated that the President will return to Abuja on Tuesday.

Buhari had already promised Prime Minister Abiy Ahmed that Nigeria will continue to support Ethiopia’s unity and territorial well-being, as well as those of other African countries, in a congratulatory statement.

In his congratulatory message to the Prime Minister, President Buhari said, “On behalf of the Nigerian people, I send you and the people of Ethiopia our best wishes for your courage and commitment to the democratic process, and I urge you to continue with the good policies of your government that have endeared you to the people.”