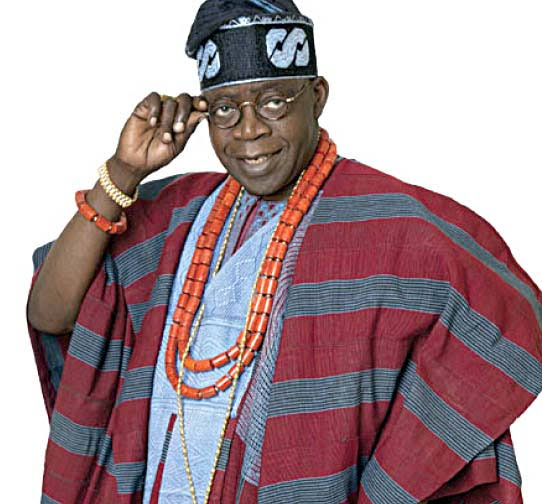 Touchaheart Nigeria reports that Lagos monarchs in the Badagry Division have backed Bola Tinubu, the leader of the All Progressives Congress (APC), for the presidency in 2023.

At a town hall gathering organized by the South West Agenda (SWAGA’23) on Sunday, the traditional rulers made the announcement.

Senator Dayo Adeyeye, the National Chairman of SWAGA’23, thanked the traditional elders for their support.

He pointed out that the Buhari government will finish in May 2023, and that it is only right that the presidency be allocated to the South-West.

“It is widely acknowledged that Bola Ahmed Tinubu’s charity efforts are unparalleled. He battled for Nigeria’s democracy and served as governor with distinction.

“I want to state definitely that Tinubu’s case has gone beyond Lagos, since major political parties in Ogun, Oyo, Osun, Ekiti, and Ondo States have endorsed him,” Adeyeye stated.

SWAGA’23, Tinubu’s major campaign organization, has already paid visits to the Oni of Ife, Oluwo of Iwo, Alafin of Oyo, Olubadan of Ibadan, and Alake of Egba, among others.

According to Kafilat Ogbara, Secretary of the Lagos Chapter, the movement is continuing its talks.

Borno’s Jagaban has been recuperating in the United Kingdom since July following surgery. Tinubu receives visitors every week and is deafeningly quiet when he returns.

Rotimi Amaechi, the Transportation Minister, replied in August to the President’s purported “agreement” with the APC co-founder.

The former Rivers Governor indicated that he was not aware of any “arrangement,” if one had existed.

“I wouldn’t know if President Buhari and our leader, Bola Tinubu, had a secret meeting.

“Something must be wrong if I was not present at a public APC meeting. He claimed, “I was not told there was an agreement that power should be given over to Tinubu.”