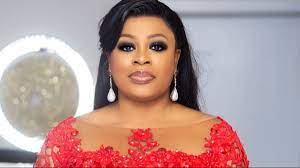 How Sinach, A Nigerian Gospel Singer Was Honored By United State Congress

According to a post on her verified Instagram account, the gospel singer received a letter of acknowledgment from Sheila Jackson Lee, a US honorable member representing Texas.

The goal of the letter, according to Jackson Lee, was to honor Sinach for utilizing her music to spread the gospel.

“They have the freedom, through song, to discover their destiny and maximize their hidden potential through communion with the one true God. Indeed, your tireless efforts are completely deserving of the respect, administration, and commendation of the United States Congress,” Jackson Lee said.

Sinach was also recognized by the congresswoman for holding a successful performance on October 2nd in Houston, Texas.

The main auditorium was packed with believers who came to enjoy God’s presence, according to reports. Sinach’s gospel concert drew visitors from all across the United States.

“Music is one of the most significant and powerful things in life,” the acknowledgment letter says. It binds individuals closer by allowing us to share similar feelings.

People’s hearts and spirits are the same all throughout the world. Music proves that we are all human beings, regardless of what language we speak, what color we are, our political views, or how we express our love and faith.

“Thank you for spreading this universal language throughout the world.”