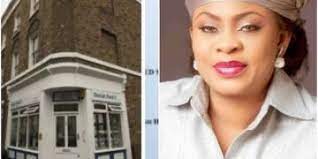 Touchaheart Nigeria reports that Senator Stella Oduah, who represents Anambra North in the upper legislative chamber, allegedly purchased London homes for N5 billion in cash from 2012 to 2014 while serving as Nigeria’s Aviation Minister, according to investigative reporting in the Pandora Papers.

Ten Nigerian politicians and 26 other African figures were named in the Pandora Papers.

The Pandora Papers are a leak of around 12 million papers that reveal hidden wealth, tax evasion, and money laundering by some of the world’s wealthiest and most powerful individuals. The Panama Papers reveal how affluent and powerful people around the world, including over 330 politicians from 90 countries, launder money by founding corporations in tax havens like the Cayman Islands, the British Virgin Islands, Switzerland, and Singapore.

According to the BBC, none of the four residences were bought with bank loans, meaning that Oduah secretly routed 6.7 million pounds through her offshore company to make the purchases.

It’s unclear whether she informed the Bureau’s Code of Conduct about any or all of the properties, as well as the offshore corporation ITCL (CCB). Journalists approached the senator for comment, but he did not respond.

She switched from the PDP to the ruling APC in August 2021.

PHOTOSTORY: Akmodel Set To Allocate Its Honey Comb Estate To Their Smart Investors

PHOTOSTORY: Akmodel Set To Allocate Its Honey Comb Estate To Their Smart Investors