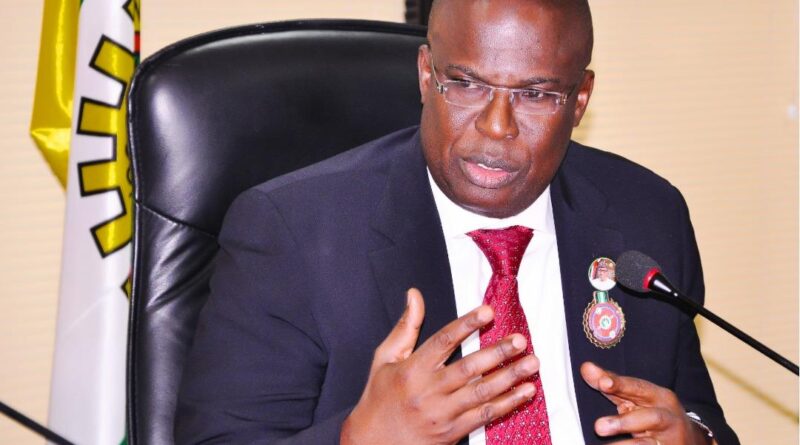 In One Transaction, $2m Was Deposited Into The Account Of Timipre Sylva, Linking To Fraud- Investigators

Investigations into the activities of politically exposed persons (PEPs) in Nigeria and other flagged African countries have uncovered a strange deposit of $2,039,975 (two million, thirty-nine thousand, nine hundred and seventy-five dollars) into one of Nigeria’s Minister of State for Petroleum, Timipre Marlin Sylva’s accounts.

Touchaheart Nigeria reports that the money is suspected to be from a slush fund, according to investigators. Based on the assumption that Sylva does not possess a booming private firm, the detectives believe the money is the result of a crime or a direct payment to a man who spent his early years in the Nigerian government.

The firm is listed as ‘Inactive’ on CAC’s website, indicating that CAC does not recognize it as being active in business with proof of filing tax and necessary corporate returns.

According to documents obtained by Pointblanknews.com, the account had other deposits in the hundreds of dollars range, but the deposit of over $2 million in one transaction for a public officer piqued the investigators’ interest.

Timipre Sylva has been accused of a series of frauds involving him and his associates. The Economic and Financial Crimes Commission, or EFCC, a Nigerian body responsible with preventing and investigating financial crimes, had previously sealed and seized some high-net-worth property thought to be owned by Sylva.

However, in an unusual turn of events, the EFCC has softened its stance on the subject, leaving Nigerians to wonder what happened to the seized property. According to insiders, they were returned to him. His selection as a minister by President Buhari shows that Nigeria’s anti-crime agencies have granted him a clean bill of health.