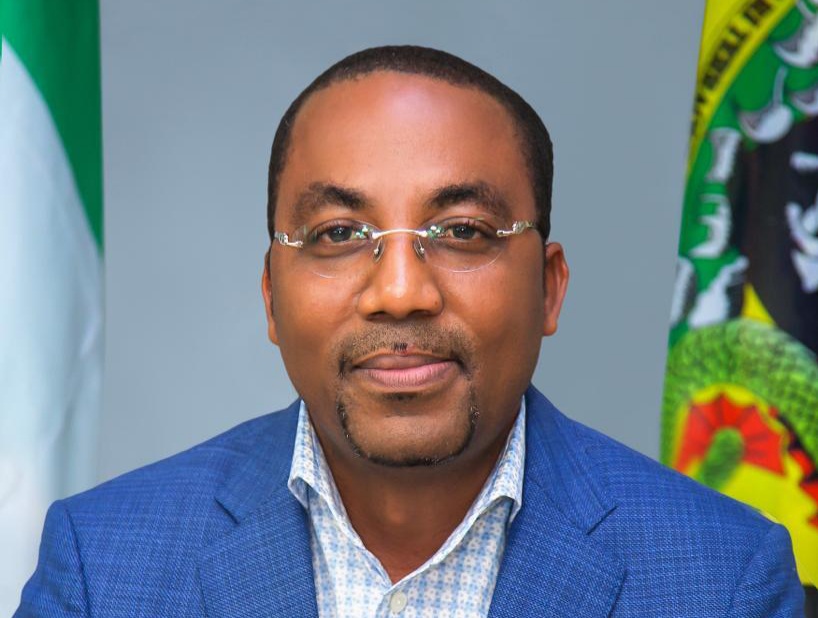 Mohammed Bello-Koko, the acting Managing Director of the Nigerian Ports Authority (NPA) was amongst high-profile names implicated in the ongoing revelation by the Pandora Papers.

A report issued on Wednesday by Premium Times in collaboration with UK-based Finance reported this within the larger Pandora Papers Investigation coordinated by the International Consortium of Investigative Journalists (ICIJ) which alleged property laundering by the NPA Chief in a clash of interests.

Mr Bello-Koko is possibly hoping to be confirmed the substantive NPA chief by President Muhammadu Buhari. The current substantive head of the agency, Hadiza Bala-Usman remains on suspension following her disagreement with Transportation Minister, Rotimi Amaechi. It’s unclear if she would be recalled with a probe of her tenure seemingly unending.

Mr Bello-Koko, with his wife, Agatha Anne Koko, are alleged to have enlisted the services of financial secrecy seller, Cook Worldwide and Alemán, Cordero, Galindo & Lee (Alcogal), an offshore law firm, to secretly register Coulwood Limited (reg. number: 1487897) and Marney Limited (reg. number: 1487944) in the British Virgin Islands (BVI), one of the world’s most commonly used tax havens, in 2008. Both companies were registered the same day, June 19, 2008.

However, Mr Bello-Koko remains a director of the two companies even as a public servant in violation of Nigeria’s Code of Conduct Bureau and Tribunal Act (Sections 5 and 6). The regulators in the BVI also had his companies under watch for suspected money laundering, a problem Alcogal appeared to have helped him avoid with some misinformation provided to the regulators.

The revelations came from Pandora Papers, a trove of 11.9 million leaked confidential records obtained by the International Consortium of Investigative Journalists, ICIJ. The ICIJ then coordinated a team of 617 journalists from 150 news outlets, including those from PREMIUM TIMES, to dive into the data. The reporters spent two years sifting through the leaked records, tracking down sources, and digging into court files and other public records from dozens of countries. It is the biggest collaboration of investigative journalists – from 117 countries and territories – in history.

The leaked records came from 14 offshore services firms from around the world that set up shell companies and other offshore nooks for clients like Mr Bello-Koko, who seek to shroud their financial activities, often suspicious, in secrecy.

One of the properties was acquired in May 2017, after Mr Bello-Koko had taken office at the NPA. He was appointed executive director for finance and administration in 2016 and later acting MD in 2021.

The other four properties were acquired between 2009 and 2012, making Mr Bello-Koko potentially exploit UK tax loopholes that allowed the owning of UK properties using so-called envelope structure, that is, anonymously owning properties through offshore companies.

For instance, up to 2012, when former Finance Minister, George Osborne, declared new rules, owning property via an offshore company meant that ownership could be transferred by selling the company’s shares rather than the property itself, and in doing so, no U.K. property sale tax or capital gains tax would be paid.

Although shell companies have been a key feature in illicit financial flow and are used to facilitate drug deals and terrorism financing, owning one is not necessarily illegal and can be for legitimate purposes.

In Mr Bello-Koko’s case, having the shell companies at the time he did as a private-sector worker was not, on the face of it, criminal under Nigerian law.

Experts, however, say shell companies are frequently used to conceal assets and avoid or evade taxes. They are also used by players in corruption high-risk sectors such as banking, government contracting, petroleum, and real estate to facilitate the flow of dirty money, sometimes for shadowy political patrons.

For weeks, he declined to explain his acquisition of the properties and provide evidence that he declared them in his Code of Conduct fillings, in accordance with the law. He also declined to provide clarity on why he remained director of the offshore company while a public office holder in Nigeria, in violation of the law.
However, if he did not declare the BVI shell companies or any of the properties they hold, that would be a violation of Nigeria’s code of conduct law for public officials, which requires the declaration of “all” assets and liabilities owned by a person, their spouse and unmarried children under 18 “immediately” after taking office.

Indeed, even after becoming a public official, Mr Bello-Koko secretly acquired another property, bringing his London property portfolio to five in 2017.

The London properties
Mr Bello-Koko was introduced to Cook Worldwide by Yemi Edun, the British-Nigerian behind Daniel Ford, who has helped several other Nigerians, including politically exposed persons, PEPs, to facilitate the creation of shell companies which are in turn used to secretly invest in the UK property market.

For the third, the 2017 Aurora Garden property, he paid 475,000 pounds, being his largest single investment in the UK property market. This was acquired after his NPA appointment.

Analysis of the investments shows that between 2008 and 2012, four years before Mr Bello-Koko joined the NPA, he had spent on four London properties a sum of 995,000 pounds, an equivalent of 293 million Naira at the 2015 exchange rate of 294 Naira to a pound.

The reason Mr Bello-Koko did not acquire the London assets in his own name instead of hiding behind shell companies is unknown. His sources of funds for the investments are also not known. He did not reply to written questions emailed to him weeks ahead of this publication.

Mr Bello-Koko’s Marney Limited and Coulwood Limited were among nine companies apparently placed under watch by the Financial Investigation Agency (FIA), the regulator in the British Virgin Islands. On January 20, 2017, FIA sought information about the affected companies, owned by Nigerians, Panamanians, and Russians from their registered agent, Alcogal, documents showed.

On January 27, 2017, the pieces of information requested by FIA, including identities of the beneficial owners, directors, and shareholders with their passports and permanent residence information, were sent via a letter signed by Alcogal’s money laundering reporting officer, Blondell Challenger.

Of all the nine companies, only Marney and Couldwood have the same persons – Mr Bello-Koko and his wife Agatha – as directors, shareholders, and ultimate beneficial owners, Alcogal told FIA.

Alcogal then told FIA that the nine companies “do not have any bank accounts or assets held in their name.” But this claim is contradicted by our findings – and at least for Mr Bello-Koko’s Marney and Coulwood, Alcogal only misled the FIA. As we found from UK Land Registry, Mr Bello-Koko and his wife own four London properties at the time of the correspondence in January 2017 and the fifth was added in May of that year.

In the correspondence, Alcogal indicated that they had requested “updated due diligence documentation” from the clients and that they would seize to be a registered agent of any of the clients that did not comply.
Mr Bello-Koko apparently complied. In a March 30, 2017 correspondence, Alcogal sent “updated KYC (Know Your Customer) documents” for Coulwood and Marney, attaching Mr Bello-Koko’s Nigerian passport information page and reference letter from the First Bank (UK) Limited.

The First Bank’s letter dated March 27, 2017, and addressed to Alcogal described Mr Bello-Koko and his wife as “valued client of our Bank since 2010” and added that “they have always demonstrated a high degree of integrity and capability.” The bank mentioned the couple’s Port-Harcourt-Nigeria address.

First Bank and Alcogal failed to provide to BVI authorities information on Mr Bello-Koko’s true identity as a Nigerian public servant and therefore a politically exposed person. They also failed to disclose that his companies Marney and Couldwood own London properties. That way, he was able to stave off a possible investigation of the source of bis money. It was an example of how enablers, including banks and law firms, impede the work of regulators tracking illicit or suspicious financial activities.

Two months after, in May 2017, he bought his fifth anonymous London property.

A document suggests that Alcogal leaked information to Mr Bello-Koko that his companies were under investigation for money laundering and then Alcogal itself came under investigation of the FIA for the leak.
We saw an Alcogal spreadsheet called “Registry of Inquiries – Financial Investigation Agency Control BVI – FIA 2017” With regards to Mr Bello-Koko’s Marney Limited and Coulwood Limited and six other companies, the sheet recorded the nature of the FIA’s inquiry as “tipping off offence”.

In the offshore industry, tipping off is a criminal offence committed when a person knows or suspects that a money-laundering investigation is being conducted into a client and leaks information to the client or someone close to them.
Despite the document, which was described to it, Alcogal, in an emailed statement to our partner Finance Uncovered, denied it was ever investigated for a tipping-off offence.
Alcogal said it would not respond in detail “under a duty of confidentiality to its clients.”