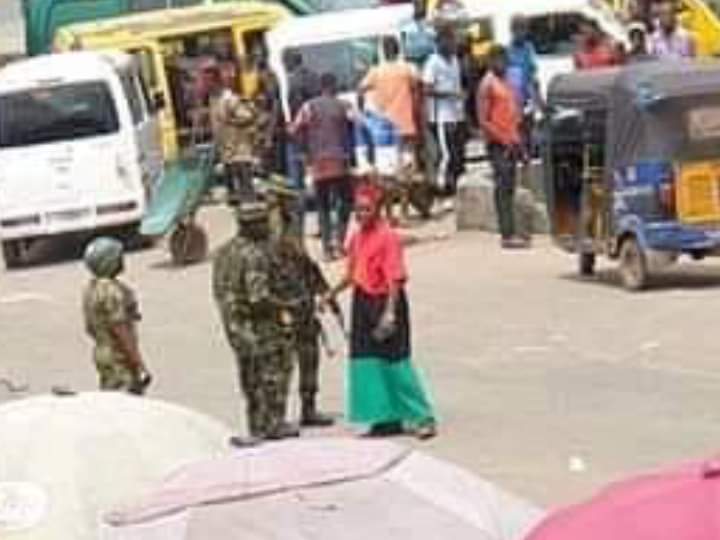 How Chiwetalu Agu Was Dehumanized By Soldiers For Wearing Biafra Clothing

How Chiwetalu Agu Was Dehumanized By Soldiers For Wearing Biafra Clothing

Touchaheart Nigeria reports that when the tragedy occurred, the movie superstar was walking along the Upper Iweka Bridge in Onitsha, Anambra State.

Two soldiers appeared out of nowhere, wrestled Agu to the ground, and dragged him away.

When government forces apprehended Agu, he was allegedly distributing meals to the less fortunate.

Videos of the incident are going viral, and the military is being widely chastised.

Agu, a fervent pro-Biafra activist, has been a harsh opponent of President Muhammadu Buhari’s administration.