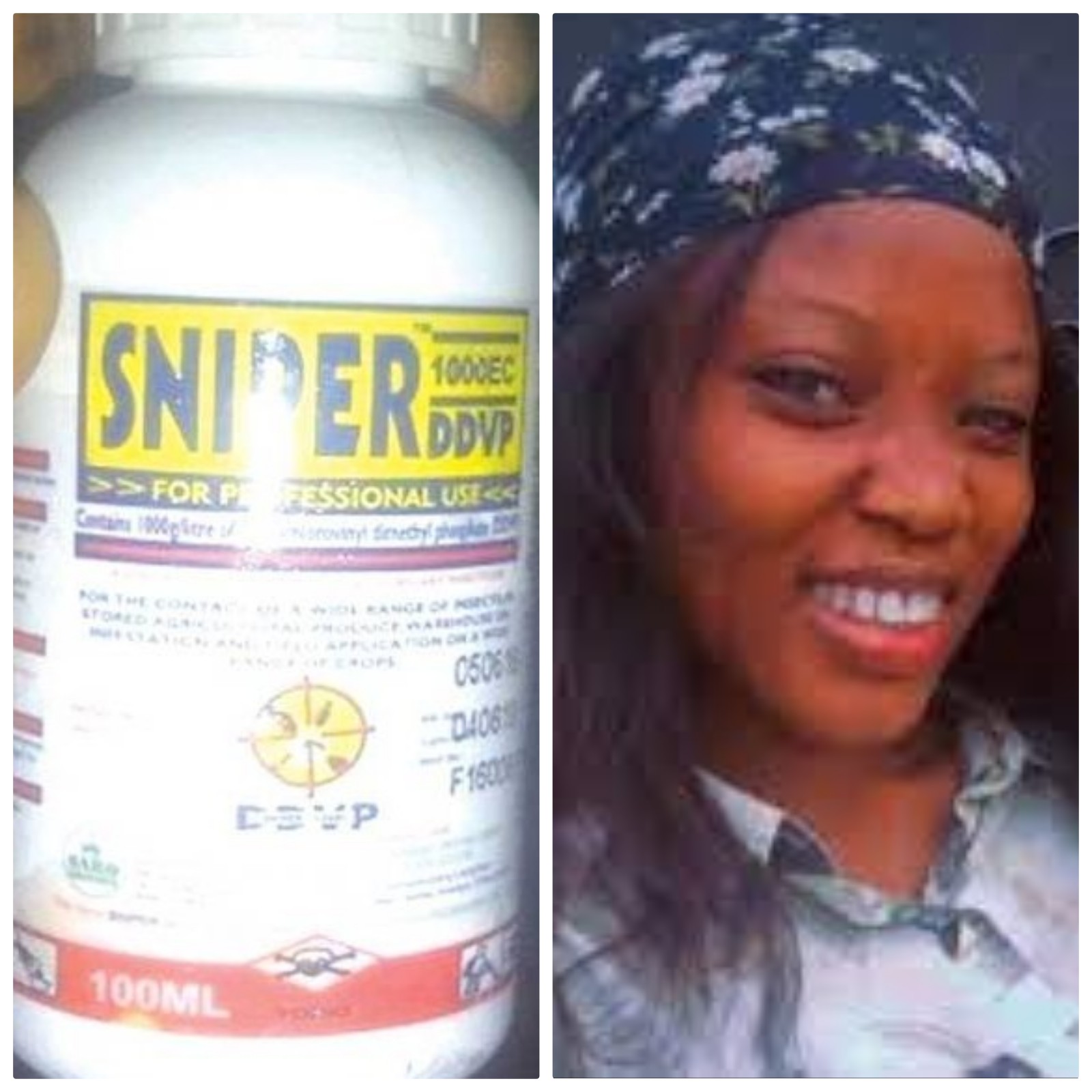 According to SaharaReporters which quoted sources at the institution, Adeola was depressed following her inability to pay her school fees which prevented her from taking her final examination.

A student said: “A final-year student of Lagos State University drank Sniper yesterday. The student committed suicide because she couldn’t afford to pay her school fee which stopped her from taking her final paper.

“Her name is Adeola, a sandwich student.”

Meanwhile, the victim had notified those on her contact list prior to the time she committed the suicide. She was said to have written on her Whatsapp status:

“If you love me, let me know because today may be the last chance for you. When I’m gone you won’t be able to tell me you love me.”

Management of the University has not released an official statement on the incident. But it was gathered that her remains has been evacuated from her apartment.