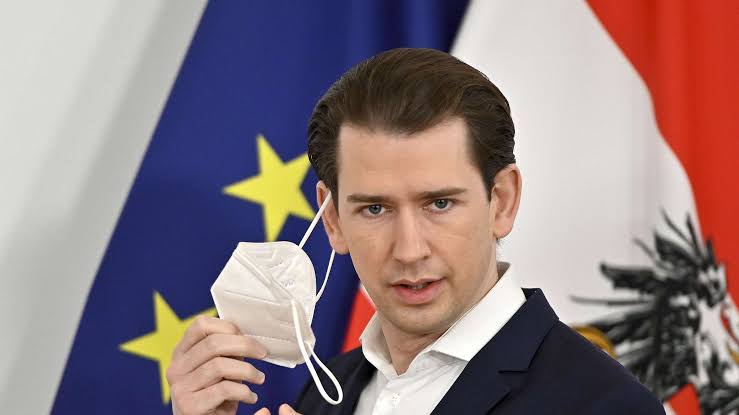 Sebastian Kurz, Austria’s president, announced his resignation on Saturday evening, just days after his office was searched by Austrian prosecutors who were investigating him and his team members for bribery and breach of trust.

“I want to make space to maintain stability,” Kurz said in a televised address on Austrian television.

Touchaheart Nigeria gathered that the 35-year-old Chancellor, on the other hand, maintained the alleg ations against him were “false” and denied using government funds for political purposes.

According to public broadcaster ORF, Kurz said that Foreign Minister Alexander Schallenberg would be the new chancellor.

The allegations of corruption leveled against Kurz have thrown the Austrian government into disarray.

Opposition parties had threatened to file a vote of no confidence against Kurz in parliament on Tuesday before his resigned on Saturday.

Kurz, who was elected chancellor in 2017, shrewdly transformed one of Europe’s largest disasters, the 2015 refugee flood, into a vote-winner at the polls.

Kurz came to power at a time when German Chancellor Angela Merkel’s hold on the country appeared to be slipping.

Despite repeatedly stating his support for the European project, he looked eager to demolish at least some of her liberal approach to refugees and lead the continent down a more hardline route.

In 2017, his party was a key force for legislation prohibiting full-face Muslim veils in public places.