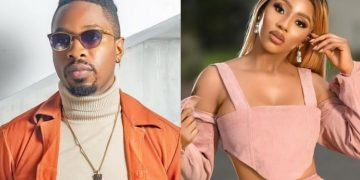 Mercy Eke, the winner of BBNaija Season 4, has revealed something about her previous relationship with Ike.

The partnership, however, came to an end last year.

Mercy said that her last relationship was a disaster in a recent viral video on social media.

“My previous relationship was a complete disaster,” she admitted.

Meanwhile, Mercy’s ex-boyfriend, Ike, had stated that his relationship with Mercy Eke did not work out due to the fact that many people had an opinion.

Mercy Eke is noted for her outgoing personality. The BBNaija reality star recently celebrated her birthday with a star-studded bash and purchased her second home.