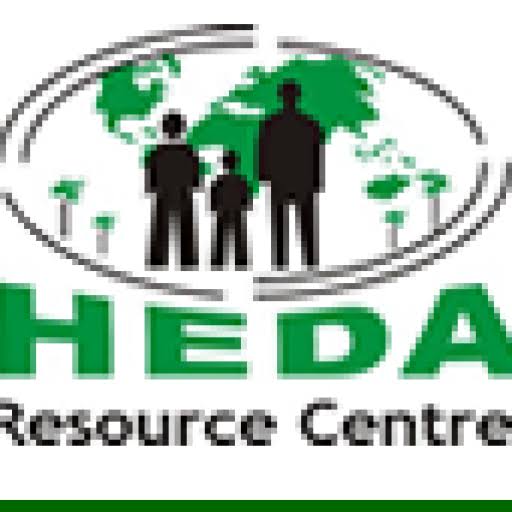 Nigeria’s leading anti-corruption group, Human and Environmental Development Agenda (HEDA Resource Centre), has formally written to the Attorney-General of the Federation and Minister of Justice, Mr. Abubakar Malami, over the case file of its chairman, Mr Olanrewaju Suraju for alleged cyberstalking.

HEDA, in the letter to Malami, which was also copied for the attention of President Muhammadu Buhari and Vice President Yemi Osinbajo, said any approval by the Minister of prosecution of Mr Suraju on the grounds that his alleged statements were untrue would therefore conflict with evidence submitted by the Federal Republic of Nigeria (FRN) in London and Milan.

The letter from HEDA signed by its Executive Secretary, Mr. Sulaimon Arigbabu, added that this would have considerable implications for both the JPMC case and the current appeal by the FRN in Milan against the judgment to acquit the defendants in the OPL 245 case.

Former Minister of Justice, Bello Adoke, one of those accused of fraud in the OPL 245 scam, also referred to as Malabu scandal, had petitioned the police, accusing Suraju and HEDA of circulating fabricated evidence against him to unduly incriminate him in the multi-million dollars scandal.

The subject of Adoke’s petition was forgery of an email in which Nigeria as a sovereign State was shortchanged to the tune of $1.1billion (one hundred and one billion US dollars) and HEDA and its international partners have been involved in the advocacy for recovery of this money and prosecution of principal actors behind the heist.

However, HEDA and Mr Suraju, have denied any wrongdoing in a series of statements issued on the matter, stating that the items he was accused of fabricating featured as exhibits in the Malabu Oil scam trials in Milan, Italy.

HEDA’s open letter sent to the Minister read, “We understand from press reports that the Inspector General of Police has submitted a case file to you for review and possible recommendation for the prosecution of Olanrewaju Suraju for cyberstalking. According to the Premium Times, the file was forwarded to your office on 20 September 2021 by ACP Ibrahim Musa, Head of the IGP Monitoring Unit, on behalf of the IGP.
“A copy of a report on the case, apparently written by Mr Musa at the request of Mohamed Bello Adoke SAN, has been published in the press. We assume that this was the same report that was forwarded to you.
“Mr Musa’s letter of 20 September 2021 [“the Musa letter”], as reported in the Premium Times, accuses Mr Suraju of making criminally defamatory statements regarding an email said to have been sent by Mr Mohamed Adoke to JP Morgan Chase in order to facilitate the transfer of funds arising from the OPL 245 deal to Malabu Oil and Gas. Mr Adoke denies sending the email and has claimed it is a forgery. The Musa letter also alleges that Mr Suraju’s reporting of the email was a “calculated attempt” to “falsify relationship between [Mr Adoke] and Aliyu Abubakar while their cases are still ongoing in court, thereby misleading the public”.”

The anti-graft organization said the decision as to whether or not to prosecute Mr Suraju is for the minister, as Nigeria’s chief law officer to decide, taking account of the facts of the case; whether there is an arguable case to answer; the public interest in prosecuting; and the prospect of a successful prosecution.

However, it noted that, “Any prosecution for criminal defamation would however necessarily rest on the basis that the statements made by Mr Suraju were untrue. The purpose of this letter is therefore to call your attention to the fact that the statements allegedly made by Mr Suraju are identical to those that have been made by the Federal Republic of Nigeria in its civil cases against JP Morgan Chase in London and its case against Shell, Eni and other defendants in Milan.
“In its Re-Re-Amended Particulars of Claim to the High Court in London in the JPMC case, the FRN described the OPL 245 transaction as “corrupt” and “a conspiracy to injure (Nigeria) by unlawful means by depriving the (FRN) of monies for the grant of OPL245 to which it was lawfully and exclusively entitled.” This is no different in substance or wording from statements that have been made by Mr Suraju.
“The FRN also stated that on 21st June 2011 “Bayo Osolake (as a representative of the Defendant (JPMC]) received an email sent by Attorney General Adoke from the email address ‘[email protected]’, attaching copies of each of the Resolution Agreements”. Again, this is precisely the same language and content used by Mr Suraju to report on the 21 June 2011 email.
“In the Milan case, where the FRN submitted the email in question as evidence in its final summing up arguments to the Court on 10 February 2021, the FRN stated: “The closeness of Abubakar and Adoke at the time of the OPL 245 affair has, lastly, been definitively confirmed by the email acquired during the hearing of 3.2.2021, with which copies of the three RA signed – by Adoke Bello – were sent from an email address of A Group Properties to JP Morgan.” Mr Suraju has simply reported this statement of fact by the FRN.

“The FRN further stated to the Milan Court: “Basically, the behaviour of the AG during the negotiations, at the meeting of 15.11.2010 during which the price and corrupt agreement is defined, the indifference regarding the contractual clauses and his sole interest in the price that was due Malabu, his intervention with the President to silence the NNPC objections (which are in fact silenced), the closeness to Etete and Abubakar during the period in question, the relationship of “closeness” with the oil companies, can only and solely be read together with the abnormal property operation with Abubakar and the abnormal perception of cash.”
For the umpteenth time, HEDA said, “Yet again, the statements allegedly made by Mr Suraju regarding the relationship between Adoke and Abubakar were mere reporting the facts as stated by the FRN in open court.
“We would also note that Mr Adoke himself has acknowledged his relationship with Abubakar in his book Burden of Service (relevant pages attached) and that, in its judgment, the Milan court described the “[email protected]” email as confirmation of “the relationship between Minister Adoke and the companies of Alhaj Abubakar Aliyu ” – a relationship which is described by the judges as proof of “a mixture of economic interests that is serious circumstantial evidence of receipt of benefits from Malabu’s payments”.
“Although Adoke has vigorously denied receiving any payments from the OPL 245 deal, we note that the Milan court ruled as a fact that he “is the only one of the three public officials indicated in the indictment as necessary parties to the corrupt agreement to have received a benefit directly deriving from funds from the OPL 245 operation ”.
“The Milan judges state that Adoke received some $2 million from the deal. The money originated from Aliyu Abubakar and was paid into Adoke’s account through numerous cash payments from Bureaux de Change .
“We assume that you are in possession or have seen the FRN’s Re-Re-Ammended Statement of Claim to the High Court in London and the final pleadings of the FRN in the Milan case. Since the lawyers were acting on your fiat, we also assume that the statements in both documents reflect the FRN’s position.