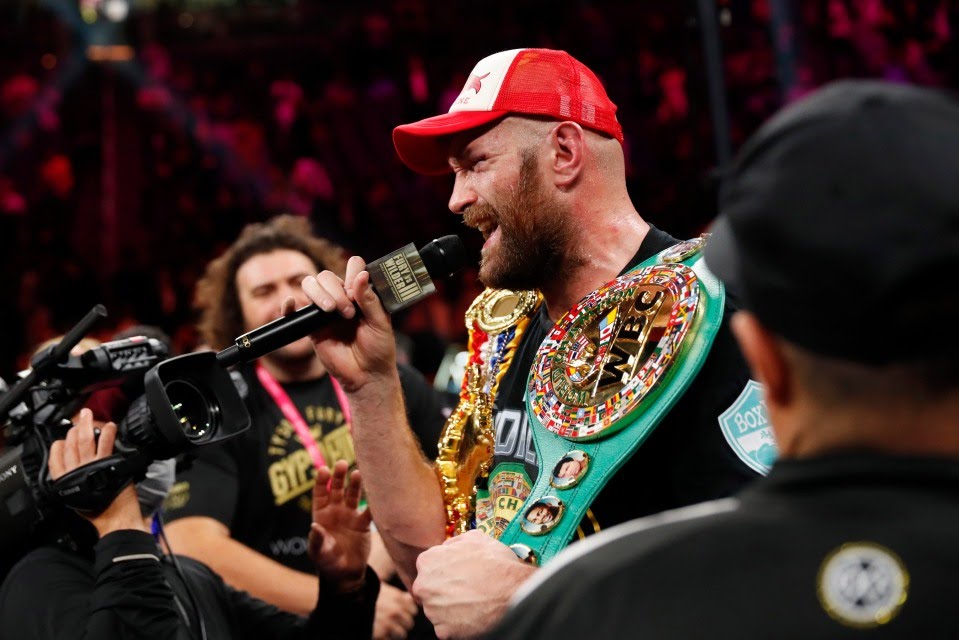 After Deontay Wilder’s knockout loss in Las Vegas, Tyson Fury labeled him a “idiot” and a “sore loser” for failing to show him “sportsmanship.”

Unbeaten Brit Fury recovered from two knockdowns in the fourth round to dominate Wilder and deliver a thrilling 11th-round knockout.

Victory for Tyson ensures he remains the WBC heavyweight champion and extends his undefeated professional record to 32 fights.

After the dramatic and energy-sapping bout, Fury walked over to Wilder’s corner to ‘say well done’ and shake hands – but says his rival snubbed his offer.

Fury said: ‘I went over and said well done and he said he didn’t want to show any sportsmanship or respect. Very surprised by that. He’s an idiot, Touchaheart

‘Sore loser. To be a top fighting man you need to show guts and respect and he didn’t do that tonight. He couldn’t do it.
‘I pray for him. I am thankful that we all get out of the ring in one piece and get to go to our families.