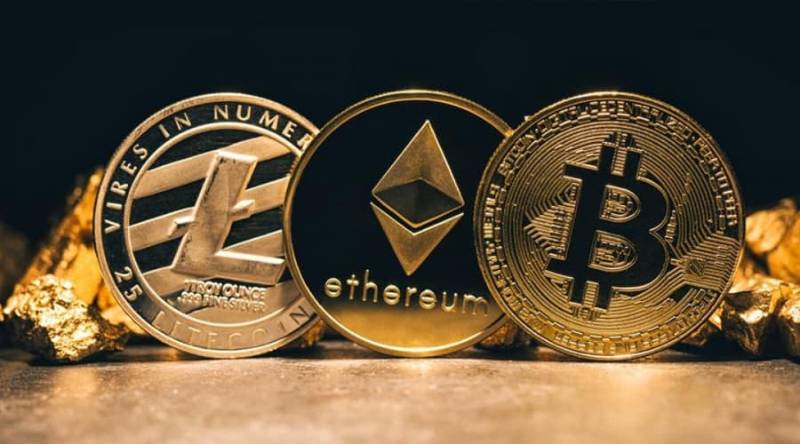 7 MOST PROFITABLE CRYPTOCURRENCIES TO BUY IN OCTOBER 2021

7 MOST PROFITABLE CRYPTOCURRENCIES TO BUY IN OCTOBER 2021

Touchaheart Nigeria reports that according to Analytics Insight, the cryptocurrency business is still in its infancy, and cryptocurrency assets are prone to extreme market volatility.

When prices rise, investors flock to the industry, but when the market crashes, they lose a lot of money.

However, professional investors employ certain ways to profit from bitcoin.

Cryptocurrency trading is the most popular way to generate money, but it is extremely risky because to the tremendous volatility.

However, due to the market’s enormous growth potential, there are other viable ways to profit from cryptocurrencies.

Here is the list of the most profitable cryptocurrencies you can invest in in October 2021.

Created in 2009 by someone under the pseudonym Satoshi Nakamoto, Bitcoin (BTC) is the original cryptocurrency. As with most cryptocurrencies, BTC runs on a blockchain, or a ledger logging transaction distributed across a network of thousands of computers. Because additions to the distributed ledgers must be verified by solving a cryptographic puzzle, a process called proof of work, Bitcoin is kept secure and safe from fraudsters. Bitcoin’s price has skyrocketed as it’s become a household name. Five years ago, you could buy Bitcoin for about $500. As of Sept. 30, 2021, a single Bitcoin’s price was over $43,000. That’s the growth of about 8,600%.

Both a cryptocurrency and a blockchain platform, Ethereum is a favorite of program developers because of its potential applications, like so-called smart contracts that automatically execute when conditions are met and non-fungible tokens (NFTs). Ethereum has also experienced tremendous growth. In just five years, its price went from about $11 to almost $3,000, increasingly more than 27,000%.

Unlike some other forms of cryptocurrency, Tether is a stablecoin, meaning it’s backed by fiat currencies like U.S. dollars and the Euro and hypothetically keeps a value equal to one of those denominations. In theory, this means Tether’s value is supposed to be more consistent than other cryptocurrencies, and it’s favored by investors who are wary of the extreme volatility of other coins.

Somewhat later to the crypto scene, Cardano is notable for its early embrace of proof-of-stake validation. This method expedites transaction time and decreases energy usage and environmental impact by removing the competitive, problem-solving aspect of transaction verification present in platforms like Bitcoin. Cardano also works like Ethereum to enable smart contracts and decentralized applications, which are powered by ADA, its native coin. Cardano’s ADA token has had relatively modest growth compared to other major crypto coins. In 2017, ADA’s price was $0.02. As of Sept. 30, 2021, its price was at $2.10. This is an increase of over 10,500%.

The Binance Coin is a form of cryptocurrency that you can use to trade and pay fees on Binance, one of the largest crypto exchanges in the world. Since its launch in 2017, Binance Coin has expanded past merely facilitating trades on Binance’s exchange platform. Now, it can be used for trading, payment processing, or even booking travel arrangements. It can also be traded or exchanged for other forms of cryptocurrency, such as Ethereum or Bitcoin. Its price in 2017 was just $0.10; by Sept. 30, 2021, it had risen to over $382, a gain of more than 382,000%.

Created by some of the same founders as Ripple, a digital technology and payment processing company, XRP can be used on that network to facilitate exchanges of different currency types, including fiat currencies and other major cryptocurrencies. At the beginning of 2017, the price of XRP was $0.006. As of Sept. 30, 2021, its price reached $0.94, equal to a rise of over 15,700%.

Developed to help power decentralized finance (DeFi) uses, decentralized apps (DApps), and smart contracts, Solana runs on a unique hybrid proof-of-stake and proof-of-history mechanisms that help it process transactions quickly and securely. SOL, Solana’s native token, powers the platform. Launched in 2020, SOL’s price started at $0.77. By August 2021, its price was almost $140, a gain of about 18,000%.