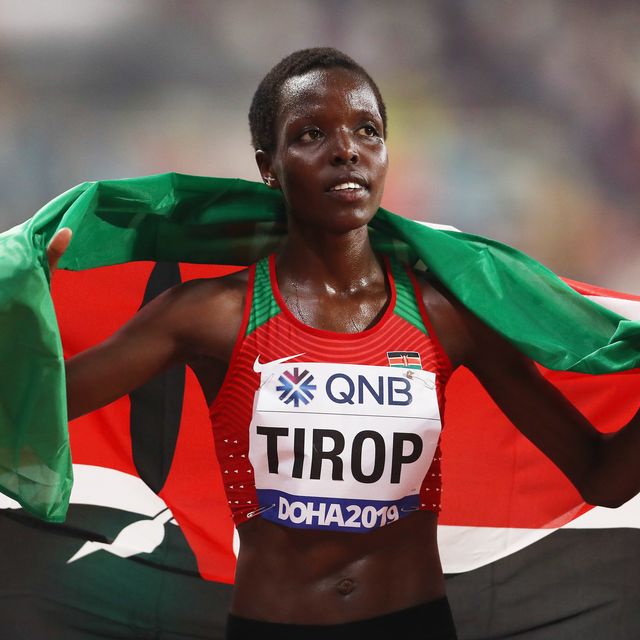 Agnes Jebet Tirop, a Kenyan Olympian and world record holder in women’s 10000m category, has been allegedly stabbed to death by her husband

Tirop was found dead at her home on Wednesday, reportedly with stab wounds.

13th of October Agnes Tirop, a two-time World Championship bronze medalist, was found stabbed to death at her house on Wednesday, according to Athletics Kenya.

At the Tokyo Olympics, the 25-year-old competed in the 5,000m event for Kenya and finished fourth in the finals.

“Tirop was found dead at their Iten home after allegedly being stabbed by her husband. “We are still seeking to discover other circumstances surrounding her death,” Athletics Kenya said in a statement.

Tirop’s spouse was named as a suspect by local police.

“We received a message from Tirop’s spouse’s family saying that the husband had called his parents crying and begging God to forgive him for whatever horrible he had done,” said the family.

“When police arrived to Tirop’s home, they discovered her in bed, with blood under the bed and a large amount of it on the floor.

“When police looked at the body, it looked like she had been stabbed on the neck with what we suspect to be a knife.”

“It’s even more heartbreaking that Agnes, a Kenyan hero by all accounts, lost her young life at the hands of greedy and cowardly people,” Kenyan President Uhuru Kenyatta said in a statement.

“I call on our law enforcement agencies, led by the National Police Service, to find and apprehend the perpetrators of Agn’s murder.”