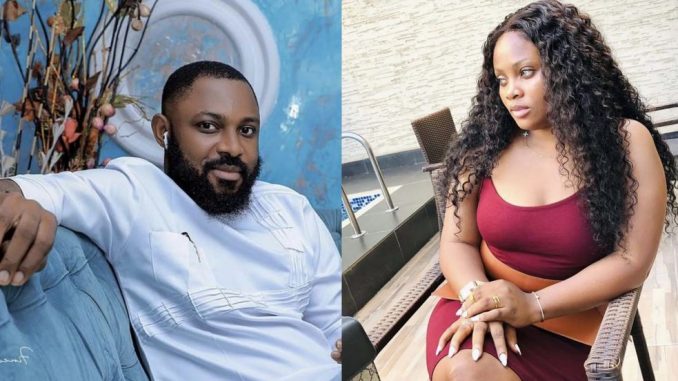 Big Brother Naija housemate, Tega Dominic has disclosed that she found out that her husband cheated and when she confronted him about it, he became defensive.

Touchaheart blog reports that Tega this known during a chat with Chude Jideonwo.

“BBNaija was like a distraction and experiment for me after my dad’s death and my husband cheating which left me devastated.

“Yea I contemplated voluntary exit a number of times and was looking for a distraction.

“I got to know my husband cheated on me and brought the lady home.

“I’m used to talking to people in my street so I asked them about him. I got to know he brought the girl home which made me so angry and then we talked about it but it was so defensive,” Tega

“What really broke me was when he confronted me that I went to Lagos and that forced him to cheat.

“That made me go into BBNaija, I’m crazy but spiritual too. I had a trance about him cheating too.

“So when I got into BBNaija I told my husband that whatever he sees in the house he should just use the buzz for his business and not anything personal.”

She added that the mistake she made was going to the house as a married woman.