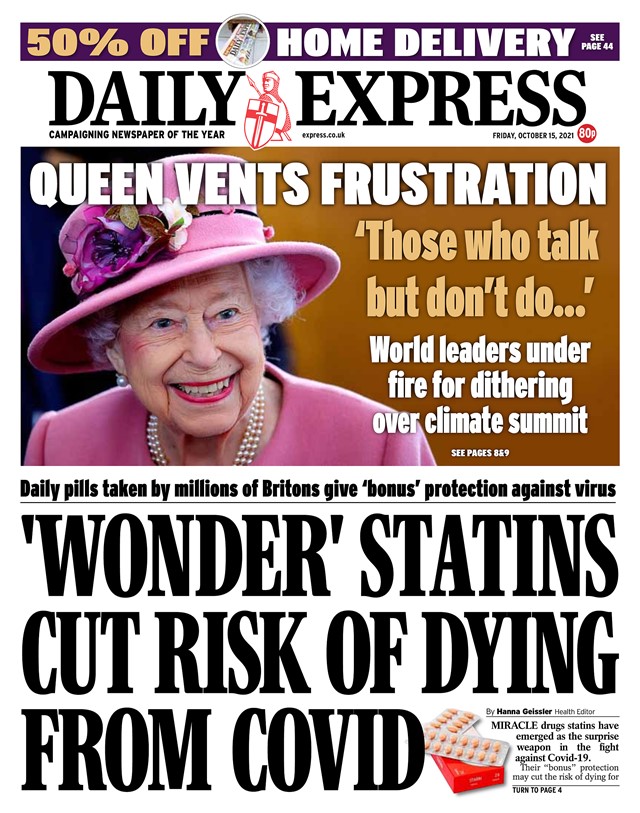 Today, Friday, October 15, 2021, Touchaheart examines the main stories making headlines on the front pages of newspapers in the United Kingdom.

According to The Times, China’s President Xi Jinping may not attend the COP26 climate meeting next month.

According to The Guardian, experts have cautioned that forcing family doctors to see patients face-to-face could result in a mass exodus from the NHS.

‘It’s irritating when they talk and don’t do’: the Queen of England slams work leaders over climate crisis, Daily Mail reports

According to the Daily Express, miracle drugs called statins have been discovered to reduce the risk of dying from COVID-19

Unions have been accused of keeping Christmas hostage by threatening the largest lorry strike since 1979, according to The Daily Telegraph.

The Daily Star continues to mock UK Prime Minister Boris Johnson while he is on vacation in Spain.

According to METRO, in order to alleviate the scarcity of abattoir workers in the UK, the UK will provide visas to 800 EU meat workers to assist the Kingdom’s pig industry.

Thank you for reading; I’ll see you tomorrow for a look at UK Newspapers.