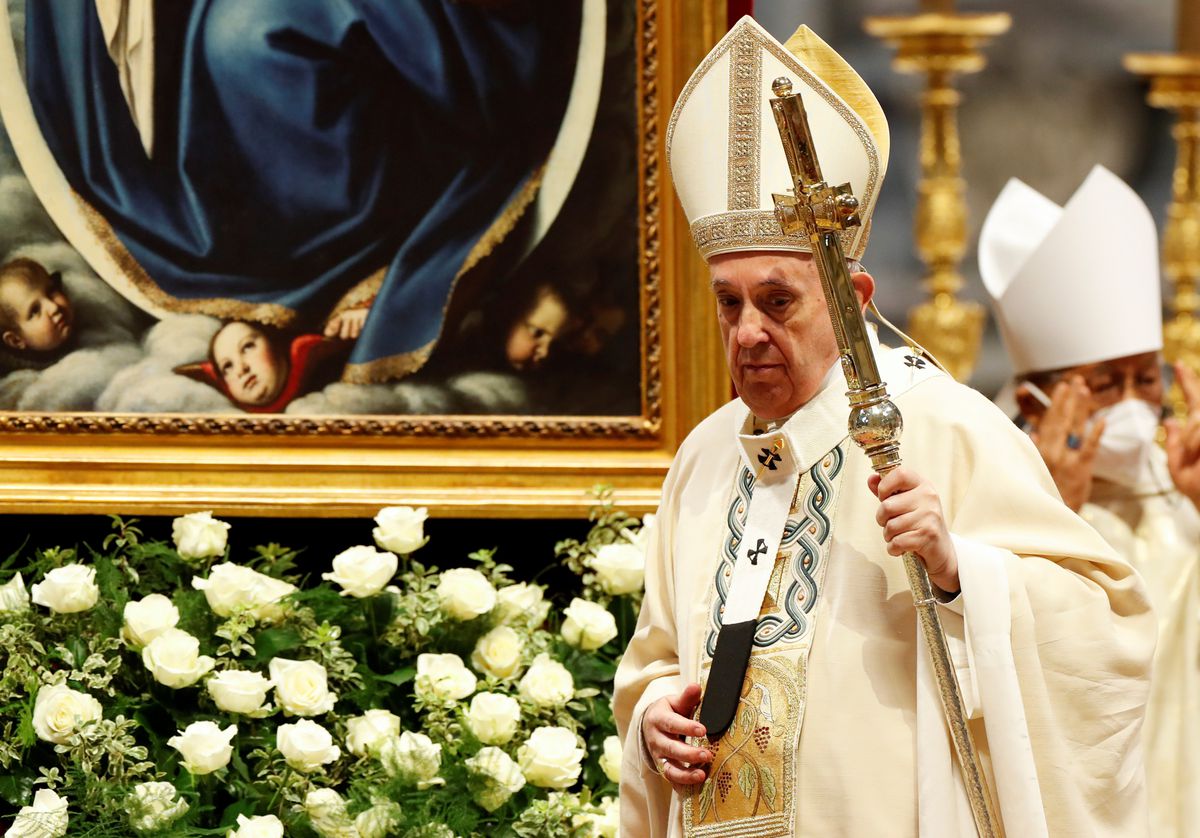 Pope Francis on Sunday condemned recent attacks in Norway, Afghanistan and Britain, in an apparent reference to the stabbing death of parliamentarian David Amess.

“Last week, various attacks were carried out, for example, Norway, Afghanistan, England, which caused many dead and wounded,” he said at his weekly blessing in St. Peter’s Square.
“I express my closeness to the families of the victims and I pray, please, abandon the path of violence, which is always a loss, a defeat for everyone. Let us remember that violence begets violence,” Pope said.

On Wednesday, a man in Norway killed five people with a bow-and-arrow and other weapons during a half-hour rampage, assaulting his victims in the streets and forcing his way into houses and a supermarket.

David Amess, 69, of Britain’s Conservative Party, was knifed repeatedly in an attack in Leigh-on-Sea, east of London, during a meeting with constituents in a church.
A 25-year-old British man was detained under terrorism powers on suspicion of murder.