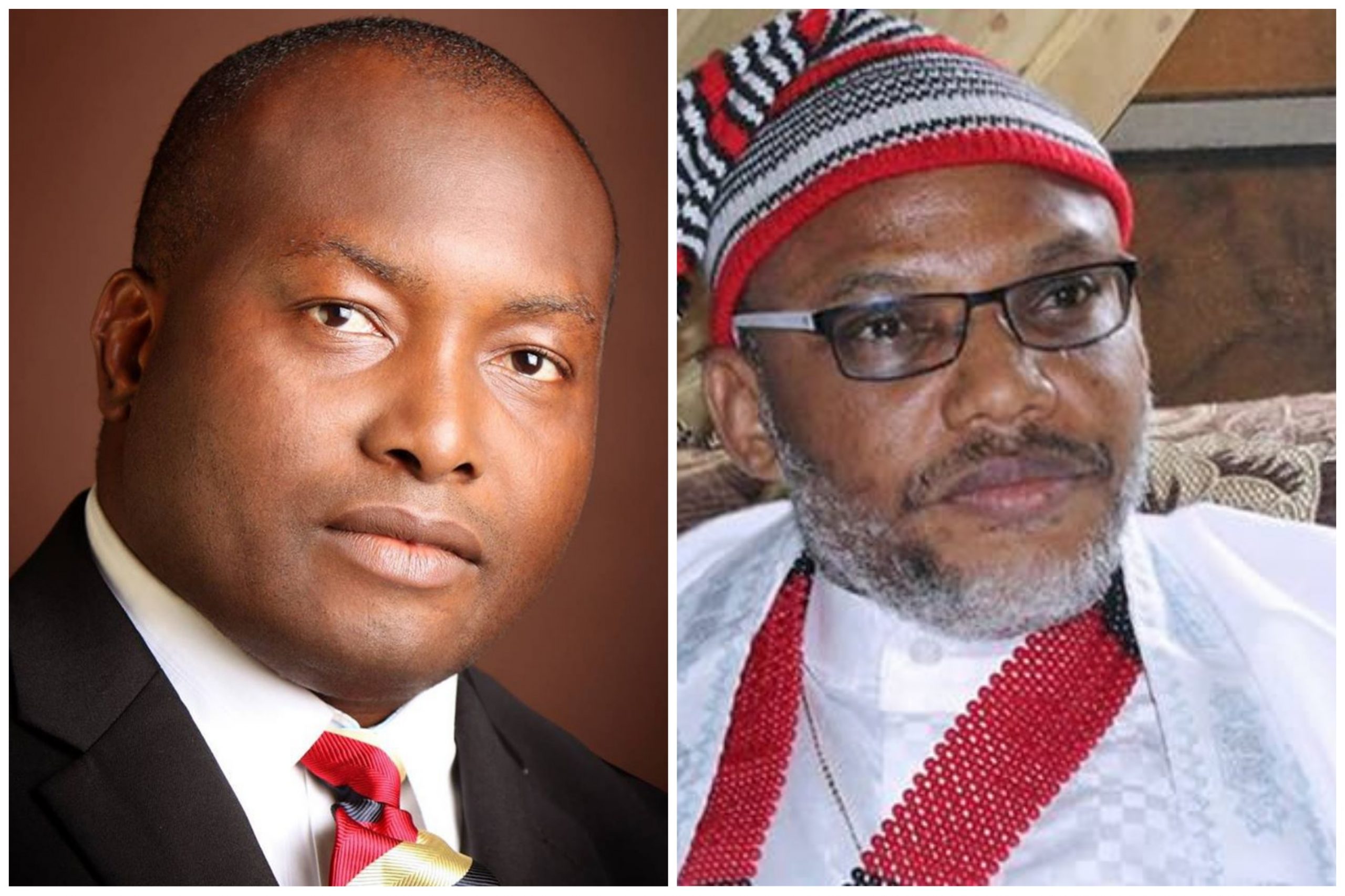 Senator Ifeanyi Uba, a member of the National Assembly representing Anambra North senatorial district, petitioned the Federal High Court in Abuja on Monday for an injunction allowing him to see the leader of the Indigenous People of Biafra, IPOB.

Touchaheart Nigeria gathered that following the claimed reluctance of DSS officials to allow him access to the arrested Biafran leader, Uba sought a court injunction.

Section 36(1) of the 1999 Constitution, as amended, and the inherent jurisdiction of the court, as protected by section 6(6)(b) of the same Constitution, were used to bring a motion on notice to that effect.

In the motion marked FHC/ABJ/CR/383/2021, the plaintiff (Uba) among others, are praying for the court to grant him leave to visit the defendant, Nnamdi Kanu, in DSS custody, as part of his oversight legislative function.

“An order of this Honourable court directing the Complainant and/or the Department of State Services (DSS) to enable Senator Dr. Ifeanyi Uba access to the Defendant, Nnamdi Kanu’s detention facility to visit him.”

“There had been substantial agitation aimed at pressing home his release and this had deteriorated into the announcement of Sit-At-Home orders in the southeast; a scenario which is damaging the economy of the South East,” according to an affidavit personally testified to by Senator Uba.

“I am aware that the Sit-At-Home orders were intended to be a means of expressing solidarity with the detained Defendant, but that they have been hijacked by unknown criminal elements who are terrorizing the South East and carrying out indiscriminate killings, assassinations, and the burning of valuable property.

“That I indicate that the Sit-At-Home directives have had a significant impact on the economy of the South East and have frequently resulted in the killing of flouters, arson, and assassination of prominent people by a terror cell known as mysterious gunmen.

“That there is an allegation that the Indigenous Peoples of Biafra are championing all of the aforementioned criminalities under the leadership of the jailed Defendant; an allegation that has been refuted countless times; nevertheless the situation continues to deteriorate.

“That as a senator from Nigeria’s southeast Geo-Political Zone, I took it upon myself to visit the Defendant at the DSS detention facility to ascertain from him if he is involved in any way in what is happening in the South East and to seek a peaceful resolution of the separatist agitation in the South East in Nigeria’s overall interest.”

“At the DSS detention facility, I was denied access to the Defendant and told that I needed to go to this court to get authorization before I could see him.”

“That I say that the DSS’s refusal to allow me to come and peacefully intervene and propose answers to the continuing Sit-At-Home orders, security difficulties, and bloodshed in the South East is a disservice to the Federal Republic of Nigeria.”

“In my role as a senator of the Federal Republic of Nigeria, I visited and intend to visit the Defendant to alleviate and construct a meeting place or build a discussion table targeted at decreasing tension and quelling the agitation and deaths in the South East.”

“That the visit is part of my oversight legislative responsibility, which I am authorized to execute by the Nigerian Constitution.”

The document claimed, “That I state that my interest in seeing the defendant is in the interest of national peace and security.”