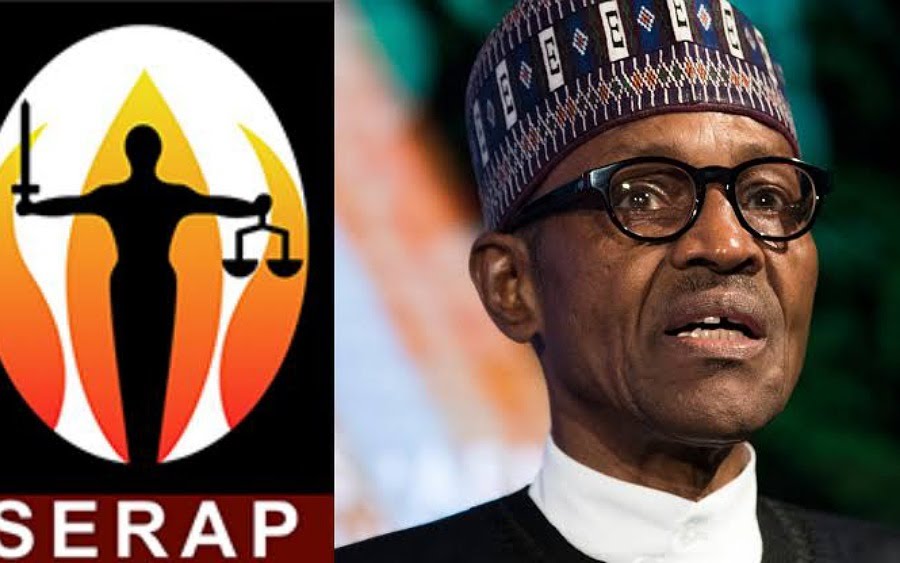 Touchaheart blog reports that the Socio-Economic Rights and Accountability Project (SERAP) has filed a lawsuit against President Muhammadu Buhari, urging the court to “declare illegal and unconstitutional the plan by the present administration to track, intercept and monitor WhatsApp messages, phone calls, and text messages of Nigerians and other people.”

According to SERAP, it severely threatens and violates the right to the preservation of privacy.

The suit followed the proposal in the Supplementary Appropriation Act signed in July 2021 to spend N4.87 billions to monitor private calls and messages.

The amount was part of the N895.8billion supplementary budget approved by the National Assembly.

In the suit number FHC/ABJ/CS/1240/2021 filed at the Federal High Court in Abuja last Friday, SERAP is seeking: “an order of perpetual injunction restraining President Buhari and any other authority, persons or group of persons from unlawfully monitoring the WhatsApp messages, phone calls and text messages of Nigerians and other people.”

The suit was filed by SERAP’s lawyers, Kehinde Oyewumi and Kolawole Oluwadare.

The suit partly read, “The Buhari administration has legal obligations to protect Nigerians and other people against arbitrary interference and violations of their human rights. Monitoring of WhatsApp messages, phone calls and text messages would grant free rein to government agencies to conduct mass surveillance of communications of people.”

Touchaheart blog reports that joined in the suit as Respondents are Abubakar Malami, the Minister of Justice and Attorney General of the Federation and Zainab Ahmed, the Minister of Finance, Budget and National Planning.

However, the date for the hearing of the suit has not been fixed yet.