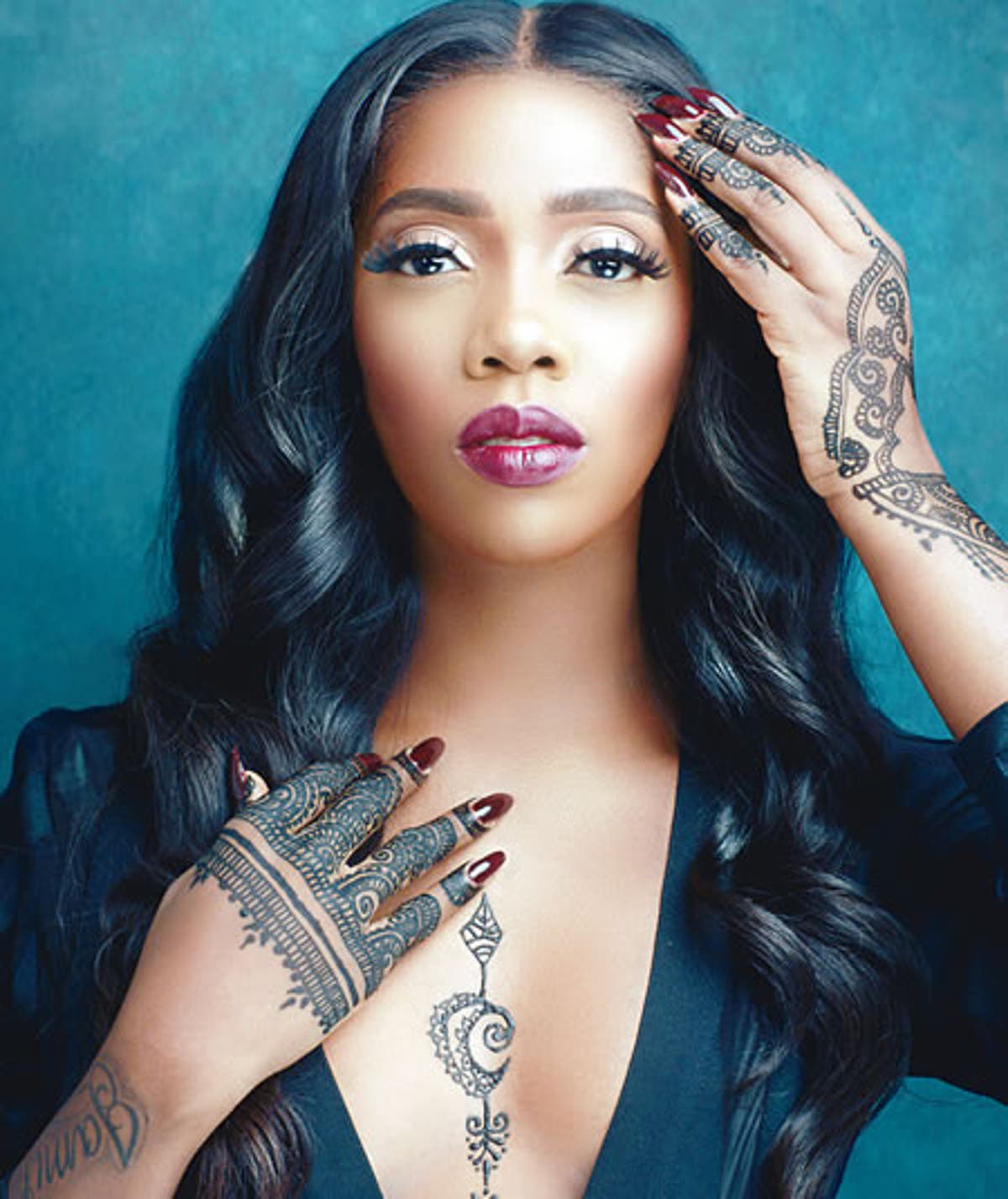 Nigerians are reacting in diverse ways to the revelation of a purported sex tape of Tiwa Savage, a Nigerian singer, and her mystery partner.

According to Touchaheart Nigeria, the Nigerian music artist Tiwa Savage, recently disclosed that a blackmailer had tape revealing her personal moments with her lover.

Her lover, Tiwa Savage claims, shared the sex video on Snapchat by accident and promptly removed it when he realized his mistake.

It was too late, though, because someone was attempting to extort her over the s*x tape.

It has subsequently gone viral, causing people to discuss it on social media.

Here are some of the reactions:

@arbeloa0007: Lmao but ya’ll are saying she isn’t the one and having a second doubt if she really is the one. Watched it once and all i could say is she’s the one

@Rhynogee: “This celeb are human being like us jare. They are worst than many of us here on twitter…. We move!!! Tiwa Savage, work on the mess if truly you are the one in the s*xtape. Ire o!!”

@Bennt_bee_: “Instagram users are not taking the sex tape lightly. They are seriously ranting because they believe it’s a stunt for tiwa to remain relevant.”

@official_Oyinyechukwu_: “I pity Tiwa. The video was so real.”

@the_real_mikii: “Tiwa baby we dey for you.”

@UnitedSancho: “@TiwaSavage, I’m just curious though. How do you think your son is going to react when he sees this video in the future? Do you actually see yourself as a good mother? Time will tell.”

@accesslucky: “This gender war has eaten deep on all of you… what about the married lady that went on cheating? Why didn’t Tiwa ask de set thru camera and record themselves in full? (that’s if you have to record) Did she forget she’s a celebrity? Make una rest abeg.”

@PabloHoggs: “Don’t even know what Tiwa was thinking when she was having s*x and she knew she was been recorded… I mean why are you recording yourself having s*x?? Now that innocent son of hers will grow old to find his Mom’s s*x tape on the internet, because internet don’t forget.”