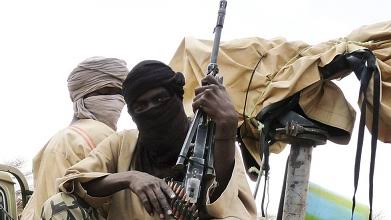 According to reports monitored by Touchaheart Nigeria on the Peoples Gazette, 150 persons were slain in a bandit attack on Goronyo township in Sokoto State after Nigerian soldiers abandoned their equipment and fled the region.

On over 100 motorcycles, bandits assaulted the town of Goronyo in the state’s Goronyo Local Government Area last Sunday and started fire on civilians in an attack that lasted several hours.

The state governor first stated that more than 30 people had been killed, but later acknowledged that 43 individuals had died.

“I did claim there were more than 30 persons killed at Goronyo. In a statement issued by his media adviser, Muhammad Bello, he said, “I was not categorical about the figure.”

“We just had a discussion with several stakeholders, and I can confirm that the incident resulted in the deaths of 43 persons.” Governor Aminu Tambuwal afterwards stated, “May God Almighty have pity on their souls.”

Touchaheart Nigeria gathered that the perpetrators killed more than 150 people after soldiers on the Shinaka-Sokoto Road abandoned their trucks and fled the region.

“The criminals rode in on motorcycles that weighed more than a hundred pounds. Soldiers on the Shinaka-Sokoto Road withdrew, abandoning their trucks and equipment.

“This allowed the bandits unfettered entry, and they spent several hours killing and looting people,” Adamu Ibrahim, a local, told The Gazette on Wednesday morning.

Mr Ibrahim claimed that the attack lasted hours after security officers vanished, with no help from rescuers due to the area’s telecommunications services being down.

“Because there was no communication or protection, the bandits had many hours to carry out their terrible killings, and they also took people’s belongings with them as they fled,” he explained.

“We counted over 150 victims since they were placed in rows, with some rows including 10 bodies and others containing 15 or 25.” He continued, “We counted more than 150 bodies.”

They later said 43, but that was still a far way from the number of persons slain.”

More than 150 individuals were slain, according to another neighbor, Muhammad Makintami.

Mr Makintami stated, “We met witnesses who ran to Sokoto from the afflicted local government and they gave a clear account of dead bodies in the hundreds and at least 150.”

When asked about the incident, Nigerian Army spokeswoman Onyema Nwachukwu rejected the casualty statistic, adding, “I wonder from what source this erroneous information is emerging.”

“The COAS has visited troops in their locations and deployments, where he addressed the troops and provided updates on continuing anti-banditry operations,” he continued. “Please disregard this rumor.”