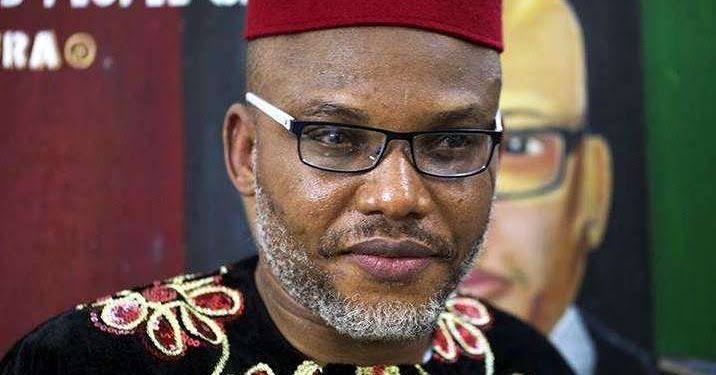 The former governor of Anambra and the British envoy have arrived in court to attend the trial of Nnamdi Kanu.

According to Touchaheart, Chukwuemeka Ezeife, the former governor of Anambra state, has come in Abuja to observe the trial of Nnamdi Kanu, the leader of the Indigenous People of Biafra, IPOB.

Ifeanyi Ejiofor, Kanu’s lawyer, accompanied Ezeife when he arrived. In a similar vein, a British envoy arrived at the courthouse in a white highlander at 8:03 a.m. to observe the trial.

Nnamdi Kanu is charged with Terrorism and Treasonable Felony.

The Nigerian Police Force, Army, and the Department of State Security Services, DSS, have ringed the courthouse with fierce-looking, highly armed security officers.

Nnamdi Kanu was charged with terrorism and treasonable felony, along with four others, in a six-count criminal trial in 2016. He pled not guilty to the accusations and was granted bail in the amount of N100 million with three sureties in the same amount, one of whom was Enyinnaya Abaribe, a serving Senator.

However, he skipped bail in 2017 after his family’s home in Afarukwu, Abia State, was attacked by Nigerian Army soldiers. Following his bail skipping, trial judge Justice Binta Nyako revoked his bail and issued an arrest warrant.

After nearly four years on the run, he was apprehended by security operatives working with Interpol in late June and brought to Nigeria to stand trial.