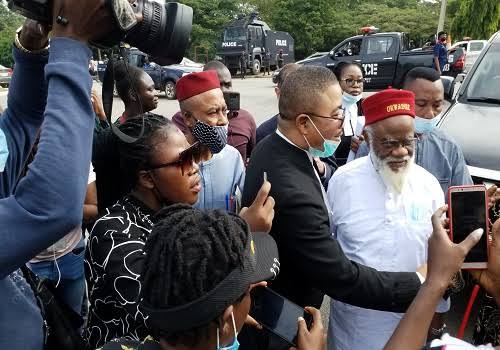 Touchaheart Nigeria reports that Ezeife is in court to watch the pro-Biafra agitator’s trial.

A British envoy also arrived at the courthouse at 8:03 a.m. to witness the trial of the Indigenous People of Biafra (IPOB) leader.

The courthouse has been encircled by heavily armed security personnel.

In 2017, Justice Binta Nyako of the Abuja Federal High Court arrested the IPOB leader and granted him bail.

Kanu fled the country to Europe after being granted bail due to an alleged threat to his life by the Nigerian Army.

In July 2021, he was re-arrested and re-arrested before Justice Nyako to complete his trial.

The charges against Kanu were also changed by the federal government.