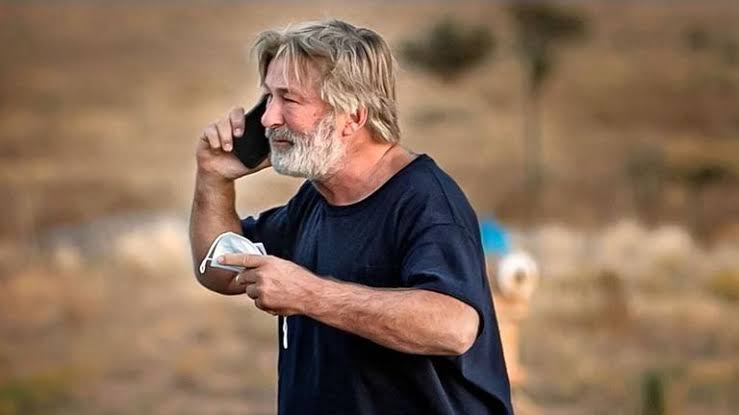 The prop gun was fired in an incident on Thursday, according to a statement from the Santa Fe Sheriff’s Office. Actor Baldwin is starring in and producing the film Rust.

Touchaheart Nigeria reports that deputies were dispatched to the set around 2 p.m. in Bonanza Creek Ranch after a 911 caller reported a shooting.

“Two people were shot on the set of Rust, according to the sheriff’s office.” Alec Baldwin, 68, producer and actor, shot Halyna Hutchins, 42, director of photography, and Joel Souza, 48, director, using a pretend firearm,” it claimed.

“Ms Hutchins was flown to the University of New Mexico Hospital by helicopter, where she was pronounced dead by medical professionals. Mr. Souza was taken to Christus St. Vincent Regional Medical Center by EMS, where he is being treated for his injuries.”

“This investigation is still ongoing.” There have been no charges filed in connection with this occurrence.””

“Mr Baldwin came in voluntarily to speak with detectives and after speaking with them, he left,” said Juan Rios of the Sheriff’s Office to the Guardian.

Similarly, a Baldwin spokeswoman stated that there was an accident on set involving the misfiring of a prop gun filled with blanks.

Touchaheart Nigeria gathered that Baldwin was reportedly spotted crying outside the sheriff’s office on Thursday, according to the Santa Fe New Mexican, but attempts to reach him for comment were fruitless.

Rios told the Albuquerque Journal, “According to detectives, it appears that the sequence being filmed featured the use of a prop pistol when it was discharged.”

“Investigators are looking into how and what type of projectile was fired.”

A woman has died after being shot during the filming of Rust, a movie starring Alec Baldwin Photograph; Startraks Photo-REX-Shutterstock

The film, which Souza was directing and Baldwin was producing and starring in, has been suspended in production.

Hutchins, 42, was the director of photography on Joe Manganiello’s upcoming action flick Archenemy. In 2019, American Cinematographer dubbed her a “rising star” after she graduated from the American Film Institute in 2015..