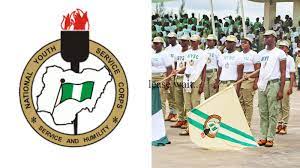 The National Youth Service Corps (NYSC), has introduced a new policy to the mobilisation process by allowing married women, pregnant and nursing mothers to present documents that show evidence of their being married to camp officials with proof of their husbands being resident in a particular state, and get registered without approaching the scheme for redeployment.

The Director General, NYSC, Brig. Gen. Shuaibu Ibrahim, disclosed this at a press briefing in Abuja on Wednesday.

Ibrahim, who was represented at the event by the Director Press and Public Relations, Mrs. Adenike Adeyemi, said that all married women who can show evidences that they are married and that their husbands reside in a particular state will be registered in the NYSC camp in that state.

He said: “All married, pregnant and nursing mothers not deployed to their husbands’ place of domicile can now proceed to the NYSC camps within their spouses’ state of residence but must present for registration in addition to other documents, evidence of marriage, husband’s Identity evidence of husband’s place of domicile.”

On the prevention of the spread of Covid-19 during orientation exercise, he said the synergy with the Nigeria Centre for Disease Control (NCDC) is still on, insisting that for the safety of all prospective corps members (PCMs) and staff, Covid-19 protocols are still very much in place.

He added: “There will be compulsory use of face mask, two-meter social distancing and other non-pharmaceutical interventions on safety protocols in all our camps.”

He stated that the hostel arrangement is in compliance with the staggered registration of PCMs in batches still undertaken to avoid overcrowding at registration points.

To ensure the safety of prospective corps members, he said the synergy with security agencies remains very effective, adding that there is an ffective liaison and between him and the Department of State Services (DSS), Nigerian Army, Nigeria Security and Civil Defence Corps (NSCDC), and the Nigeria Police.