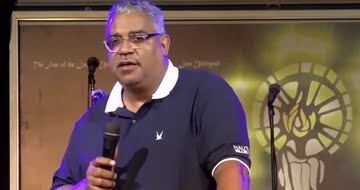 A Nigerian pastor resident in the United States has been indicted for conspiracy to commit marriage fraud, and visa fraud.

The indictment said the 50-year-old engaged in the fraudulent scheme between 2014 and 2021, receiving thousands of dollars from foreign nationals in exchange for connecting them with U.S. citizen sponsors and facilitating their marriages.

He allegedly recruited and groomed American citizens with payments and promises of money in exchange for helping the foreign nationals acquire permanent residency through the sham marriages, some of which he officiated.

“On at least 34 occasions, Pastor Shonubi also allegedly created false rental leases, listing Jaypro, a corporation he formed in 2015, as landlord, to provide proof that the foreign national and U.S. citizen were living together, when in fact, they were living separately,” the District of Maryland’s Department of Justice said in a statement.

Shonubi faces a maximum sentence of five years in federal prison if convicted on the seven-count indictment.