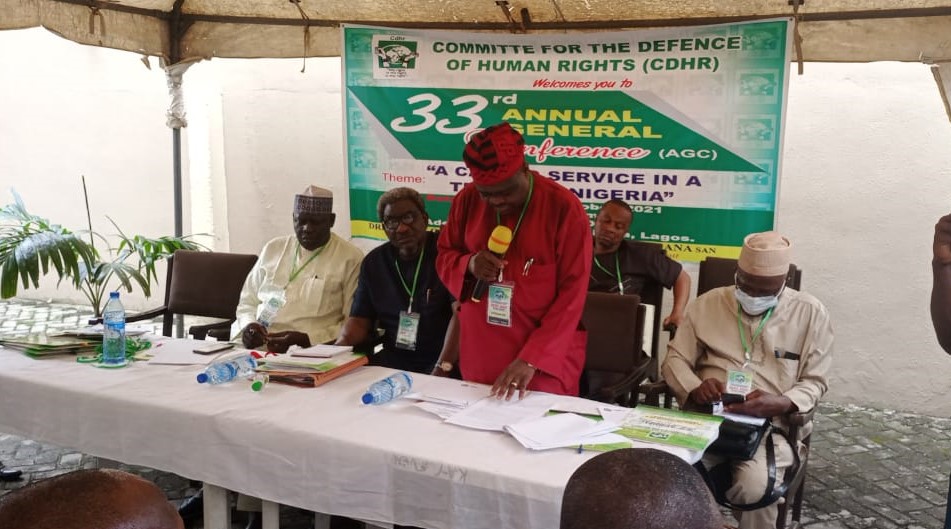 The Committee for the Defence of Human Rights (CDHR), on Saturday, October 23, rounded off its Annual General Conference which held at the national headquarters of the global civil society in Ikeja, Lagos.

The 33rd annual conference themed: A Call To Service In A Troubled Nigeria, held between 22nd and 23rd.

Speaking at the conference, Comrade Osagie Obayuwana and Mr. Femi Falana, SAN, joined voices to sue for committed spirit to free Nigeria from the grips of bad rulers.

They maintain that the onus is still on the civil society to keep public office holders on their toes to avoid a total collapse of the already volatile and excruciating situations.

Besides electing new executives, CDHR, the foremost civil society which remains committed to the promotion and defence of human rights of all citizens, also effected some amendments in its constitution.