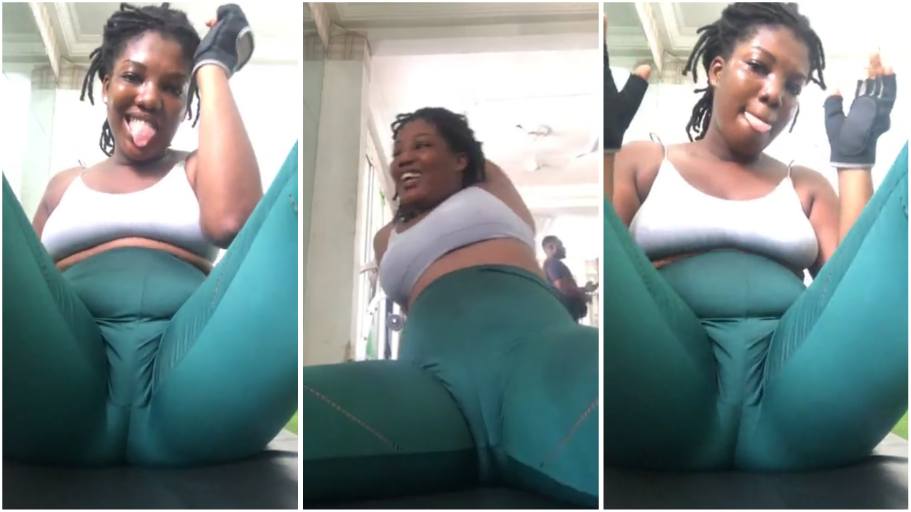 Ghanaian singer IOna Reine, popularly known as Mercy Sam, has given her fans and followers something to gaze at in a recent social media post.

On the other hand, her clever strategy of highlighting her massive camel toe and attracting all attention to her ssality rather than the ostensible workout did not impress netizens, who chastised her for her lack of etiquette.

Iona attempted to manufacture a dispute with Wendy Shay last year in order to promote herself by attacking Wendy Shay for referring to herself as the queen of Ghana music.

She also threatened to fire her because her reputation wasn’t as solid as it appeared.]

She apologized in a subsequent post weeks later, saying her respect for her had increased, after the leader of Shay Gang refused to toe her line and give her the recognition she desired.

“@wendyshayofficial you are the last on my list to seek for forgiveness from, sorry for my ignorance at the time,” she posted. “Now that I know better, my respect for you is through the roof.”

In any case, check out iOna in action in the video below.