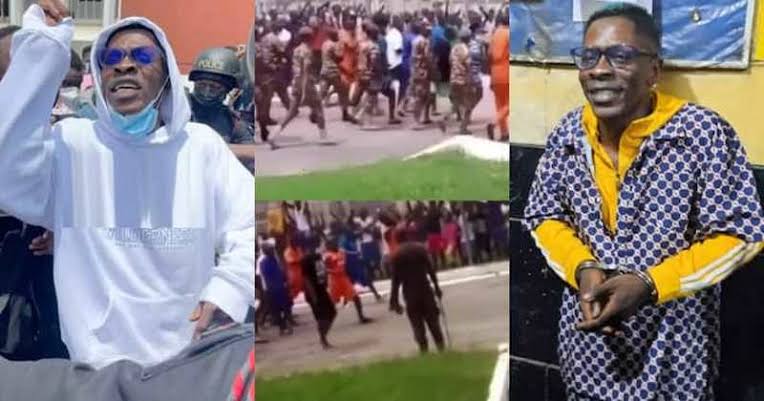 Charles Nii Armah Mensah, aka Shatta Wale, is a Ghanaian dancehall musician serving a one-week remand term at the Ankaful Prisons in the Central Region.

After appearing before a circuit court in Accra on Thursday, October 21, 2021, Shatta Wale was remanded.

To serve his detention term, the multi-award-winning dancehall musician was brought to the Ankaful Prisons near Cape Coast.

A video from the Ankaful prison has surfaced, depicting Shatta Wale’s big welcome upon his arrival.

Shatta Wale is seen clothed in black with a number of people surrounding him, including prison authorities, in a video posted to Instagram..

While a number of inmates waited up behind wired fences to greet him, the Melissa hitmaker took a trip through the prison.

Many convicts were heard yelling “paah paah paah” in anticipation of Wale’s arrival at the prison.