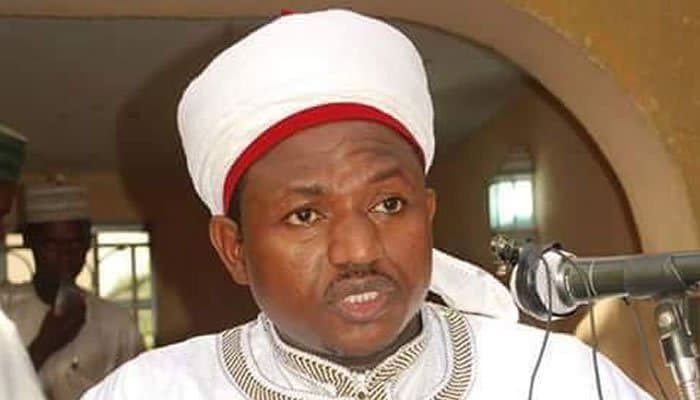 Blasphemy: Drama As Abduljabbar Moves To Defend Self Asks Lawyers To Take Back Seat

Blasphemy: Drama As Abduljabbar Moves To Defend Self Asks Lawyers To Take Back Seat

On Thursday, there was some little drama in Kano’s Upper Shari’a Court when Sheikh Abduljabbar Nasir Kabara, a controversial Islamic cleric, insisted on defending himself in the ongoing blasphemy case.

Touchaheart Nigeria reports that the clergyman assaulted his attorneys when he was arraigned in court last month. requiring them to drop out of the case

The preacher, who was charged with blasphemy against Prophet Mohammed, a crime punishable by death, told the court on Thursday that he does not trust his attorneys to properly represent him because they do not understand Islam.

Professor Saida Suraj (SAN), the prosecution’s attorney, introduced the second prosecution witness, Murtala Kabir Muhammad, a teacher and inhabitant of Kofar Na’isa Lokon Makera, who claimed to be one of Abduljabbar’s students, during the case’s resumed hearing.

When it came time for the witness to be cross-examined, the defense counsel, Barrister Muhammad Amin Kabir, asked the court to allow the defendant to cross-examine the witness himself, invoking section 36(6d) of the Federal Republic of Nigeria 1999 as the amended constitution.

However, the presiding judge, Ibrahim Sarkin-Yola, ruled that the defendant had the choice of handling his case alone or having his attorneys represent him, but that none of them could continue together.

The clergyman elected to defend himself right away, but his attorneys insisted on staying in the case until the conclusion.

The prosecution, on the other hand, stated that while they have no objections to the priest conducting the cross-examination, it is their responsibility to say that because the case is a capital one, it cannot proceed without defense counsel.

After hearing all of the arguments, the court delayed the case to November 11th, 2021.

The witness claims that on August 10, 2019, he was at the Asshabulkhahfi mosque in Gwale Filin Mushe, where Abduljabbar used to instruct his pupils, and heard the cleric make a profane remark against the Prophet Muhammad’s marriage to his wife, Nana Safiyya.

The witness further told the court that he overheard Abdulljabbar criticizing the Prophet on December 20, 2019.