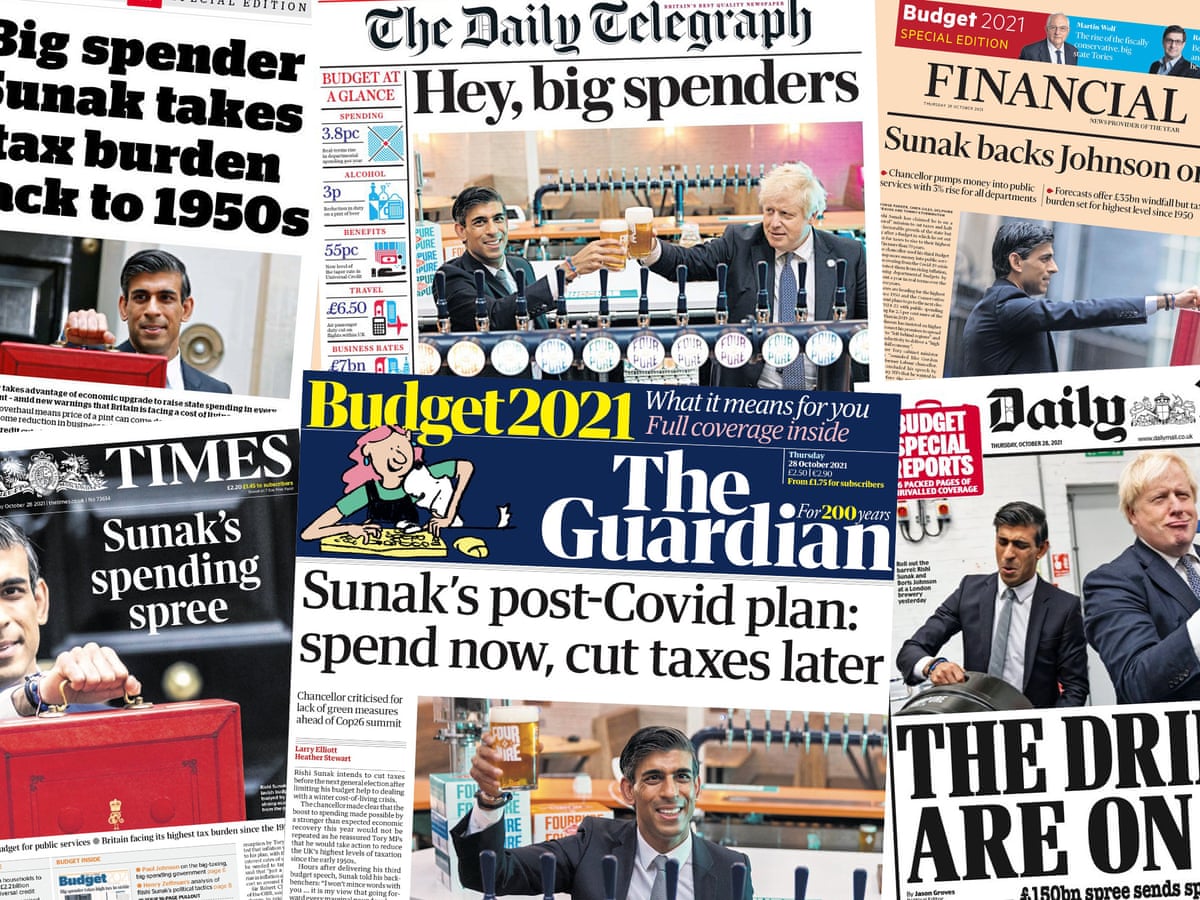 Today, Thursday, October 28, 2021, headlines on the front pages of newspapers in the United Kingdom.

Chancellor Rishi Sunak has taken advantage of the economic boost to increase state spending in every department, amid growing concerns that the UK is facing a cost-of-living crunch, according to i

According to The Times, the Chancellor declared the Conservatives to be the “true party of public services” as he released a budget that will see government spending soar to its greatest level since Margaret Thatcher’s time in office.

Ed Sheeran revealed in an interview with The Sun that he gained 15 pounds on a diet of wine, beer, and chicken wings.

Rishi Sunak stated his moral purpose to slash taxes and reduce the role of the state in people’s lives, according to the Daily Express.

In a mock-up poster for a fourth film in The Hangover franchise, The Daily Star features the chancellor and the prime minister. Fears about shortages and skyrocketing bills are highlighted in the newspaper, which sarcastically thanks the government for decreasing the price of beer by “Oh, 3P!”

Thank you for reading, that all for today, see you again tomorrow for a review of UK newspapers.