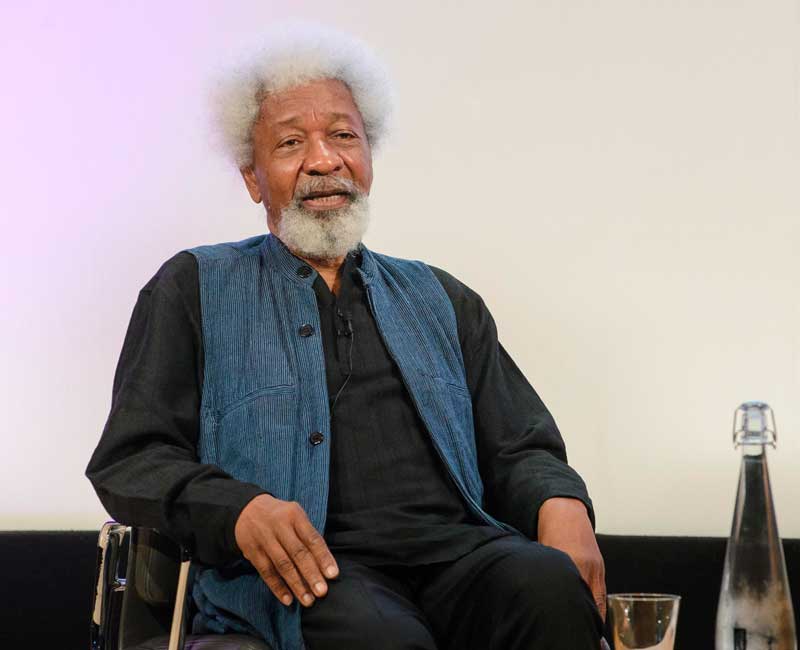 If We’re Still Looking To This Government For Solution, Then I Think We Really are Lost- Wole Soyinka

Wole Soyinka, a Nobel Laureate, has stated that Nigeria is “in a mess” and that the country is “disintegrating before our very eyes.”

Touchaheart Nigeria reports that Soyinka stated this at a press conference held on Thursday, October 28 at Freedom Park in Lagos.

Soyinka, who appeared worried by the status of the country, stated that the problem is that current government lacks a comprehensive understanding of the country’s difficulties.

After all, look at Sudan right now; it’s in turmoil simply because some people got up one day and decided that an arrangement come into for the governance of that nation be abrogated because they’re carrying the guns. And of course, the people have responded in a marvellous, united way. Doctors, workers, students, market people and the last time, the oil workers, they’ve all got up and said ‘no’.

Part of the problem which we have in this nation, and which has plagued us, except for a few memorable times, is this ability to act in concert. From time to time, we have a section of the nation come together and say ‘enough; we’re human beings; we will not be treated like beasts’.

Like #EndSARS for instance, that’s one such movement. Unfortunately, it ended somewhat tragically. But it doesn’t matter; it was a step in the right direction.

What I’m trying to say to you is this. If we’re still looking to this government for solution, then I think we really are lost. We’ve got to find a way of piling up pressure to enable us to meet as equal beings across the entire nation for a national indaba, involving the various professions, group interests, ethnic groups — any productive sector of this nation should be encouraged to come together and really debate the future of this nation.

We’re going along piecemeal solutions all the time. One way or the other, one misses that sense of a grasp of the totality and understanding of the connection of one part of governance, one part of civic society to the others.” he said.