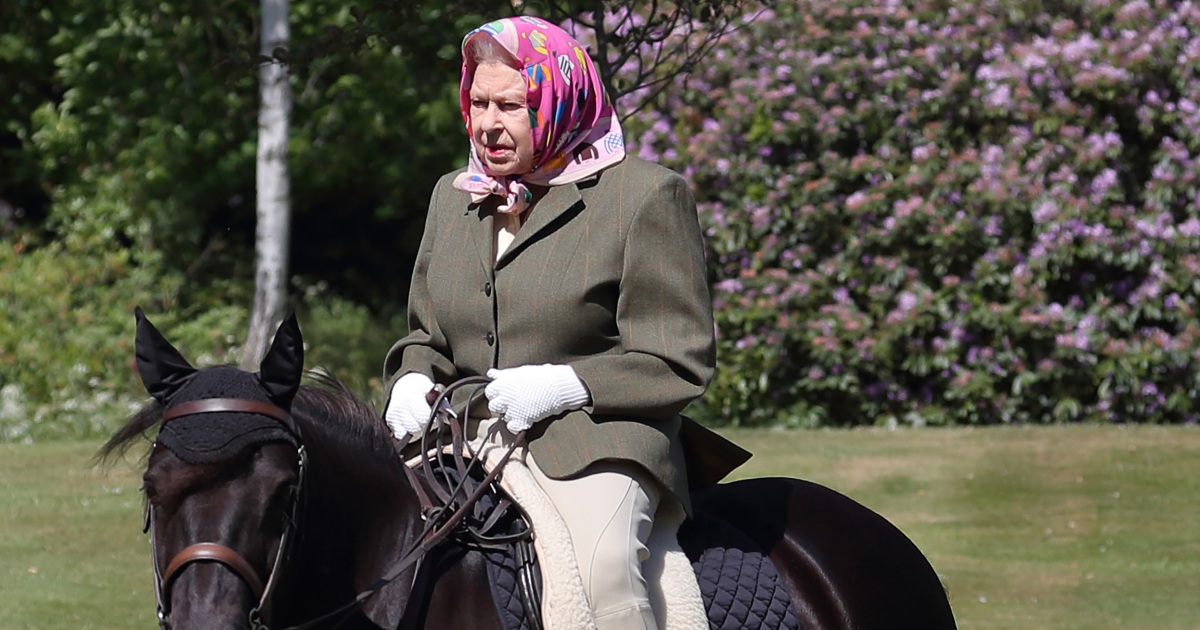 After experiencing “discomfort” in Scotland, the Queen was advised to give up horseback riding two months ago.

Her Majesty, 95, was instructed to give up her favorite pastime in early September, but she is eager to get back on the horse as soon as possible.

Touchaheart Nigeria reports that the Queen, who is known for her passion for horseback riding and racing, has not been seen on a horse since her summer vacation in Scotland, according to The Sun.

The tabloid stated that Her Majesty was ‘in quite a bit of difficulty,’ citing a source from Balmoral Castle, the royal family’s Scottish vacation home.

‘She adores riding and it has been part of her ritual for most of her life,’ the source said. ‘She has been extremely disappointed not to go riding since the beginning of September.’

Touchaheart reports that Queen Elizabeth, on the other hand, has refused to give up her favorite hobby, and royal insiders told The Sun that she is keen to return after some rest.

Her Majesty has long been renowned for her passion for equestrian pursuits, such as attending horse races, caring for horses, and riding herself.

The 95-year-old monarch was scheduled to travel to Scotland on Monday for the high-profile Cop26 evening event, but she will instead deliver a video message to attendees.

The Queen is reported to be very keen for the meeting to be a success and for the attending countries to take real action.

On October 20, the Queen underwent preliminary tests in hospital, her first overnight stay in a medical facility in eight years, and she has needed a walking stick twice in recent weeks.

After physicians advised her to rest, she returned to work on Tuesday, October 26 by holding virtual audiences from Windsor Castle, her first official engagements in seven days – and later that day spoke with Chancellor Rishi Sunak ahead of the Budget.