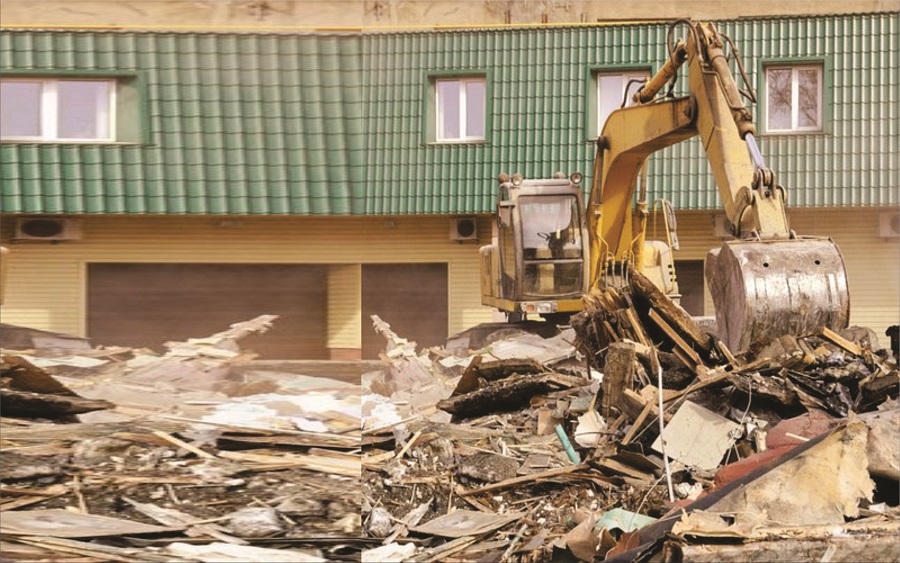 The Lagos State Government through the Lagos State Building Control Agency (LASBCA), in collaboration with the Nigerian Navy, has embarked on a demolition of shanties erected along Navy Gate, Satellite Town in Oriade Local Council Development Area (LCDA) of the state.

The move is part of the collaborative effort by the state government and the Navy aimed at restoring the aesthetics of the environment and ensuring compliance with the state physical planning laws.

Touchaheart blog gathered that this disclosure was made by the General Manager of LASBCA, Arc. Gbolahan Oki, who during the exercise revealed that at least 80 illegal structures were pulled down in order to restore normalcy to the area.

Oki expressed concern over the rate at which some individuals would continue to erect shanties along major roads without recourse to the State Physical Planning Laws and existing masterplan designed for different areas of the State.

The LASBCA boss commended the partnership with the Nigerian Navy, describing it as a “timely intervention” needed to make Lagos work and salvage it from environmental degradation.

The General Manager also called on other relevant government agencies and organisations, especially other members of the Nigerian Armed Forces, to emulate the Nigerian Navy in safeguarding the lives and property of all Lagosians by supporting LASBCA in its efforts to rid the State of illegal infrastructure development.