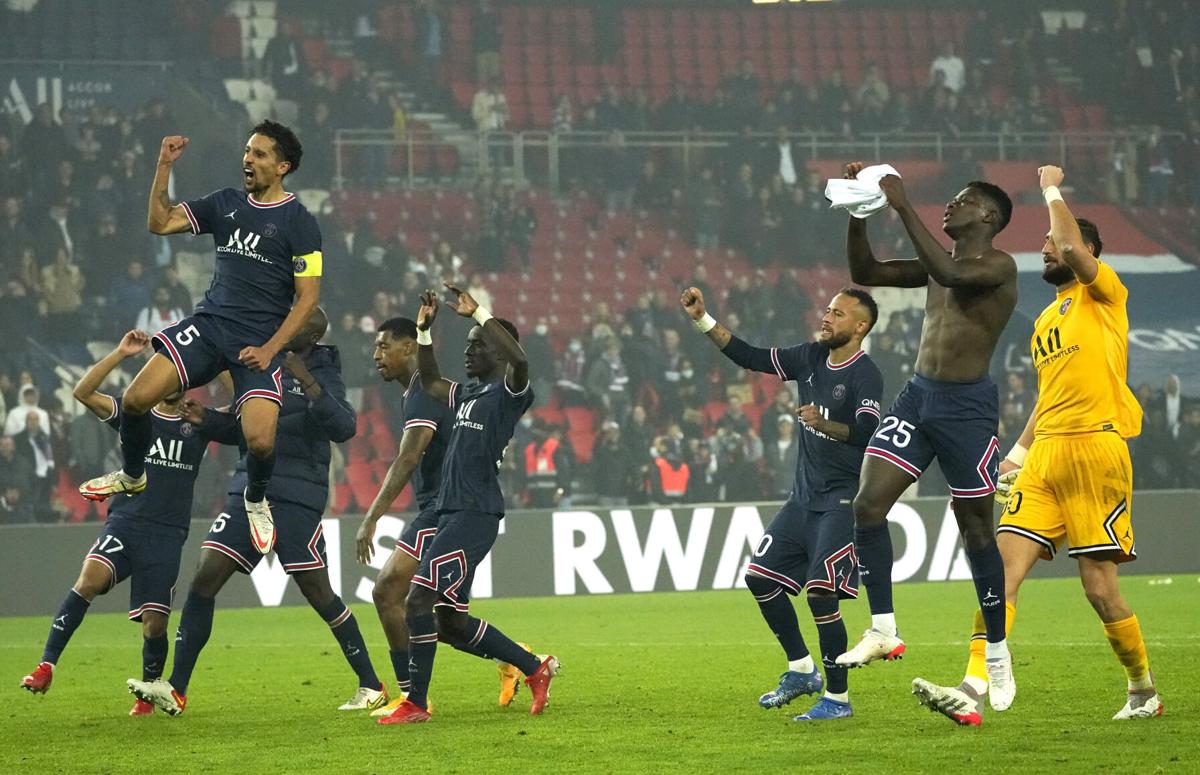 Touchaheart Nigeria reports that PSG has done it yet again. PSG’s stars came from behind to defeat defending Ligue 1 champions LOSC Lille 2-1 at home, increasing their advantage atop the French standings.

Then, in the closing 15 minutes, Angel Di Maria and Neymar went all out to help PSG score twice. To equalize, Di Maria lofted a brilliant cross to captain Marquinhos, and in the 88th minute, Di Maria combined with Neymar on a wall pass and converted the winner.

The Parisians won despite missing Kylian Mbappe (ear infection), who was sitting in the seats, and Lionel Messi, who was forced off at halftime with a muscular problem.

PSG is still not playing well, relying on its superstars to bail it out of tight situations time and time again.

Lille, the defending Ligue 1 champions, will be disappointed that they did not score more goals in a commanding first half in which they generated numerous transition opportunities.

Gigi Donnarumma, the Italian goalkeeper, made a couple of great saves, Jonathan Ikone missed another, and the midfielders flubbed passes at other times. Lille is currently in 11th place, 16 points behind PSG. At this time, defending the crown seemed unlikely.

PSG versus Lille: Pochettino explains why Messi was replaced at halftime

Mauricio Pochettino, the manager of Paris Saint-Germain, stated he substituted Lionel Messi at halftime against Lille “as a precaution.”

In Friday’s Ligue 1 match, the 34-year-old was pulled off after 45 minutes.

With PSG down 1-0, Mauro Icardi came on to replace Messi at the opening of the second half.

Pochettino’s side, on the other hand, turned the game around in the 77th minute, when Marquinhos equalized before Angel Di Maria scored the game-winning goal with two minutes remaining.

“It’s a precaution. He couldn’t go on, but it’s not a big issue. He will be available for the next game.”

Messi is yet to find the back of the net for PSG in the league, but has three goals in the Champions League.