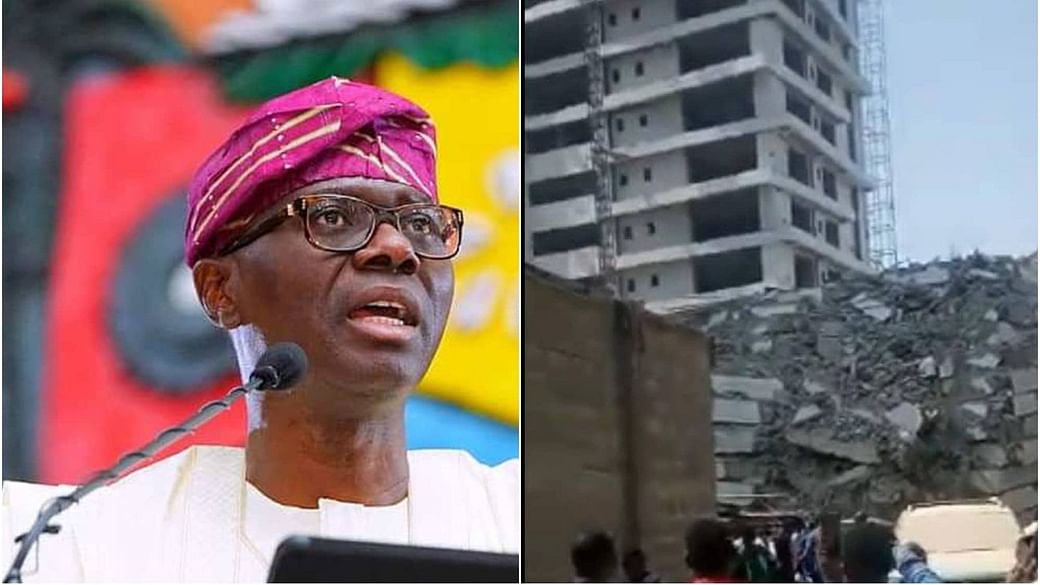 According to Touchaheart Nigeria, the GM’s suspension comes after the collapse of a 21-story building in the state’s Ikoyi neighborhood, which killed at least ten people and injured many more.

Sanwo-Olu declared in a statement released on Tuesday by the State Commissioner for Information and Strategy, Gbenga Omotosho, that he is determined to figure out what went wrong and punish those charged in the collapse of the 21-story building.

He stated that the state government will appoint an independent panel to investigate the building collapse on Gerrard Road in Ikoyi.

“It will independently investigate the remote and immediate causes of the incident and make recommendations on how to prevent future occurrence. The investigation is not part of the internal probe already being conducted by the government,” he said

“Nine persons – all men – have been pulled out of the rubble alive. They have been taken to the hospital. Unfortunately, 14 others were brought out dead – as at 2pm.

“Mr. Sanwo-Olu thanks all first responders and those who have joined the rescue efforts, including construction giants Julius Berger, Chinese Civil Engineering Construction Corporation (CCECC) and the National Emergency Management Agency (NEMA).

“A help desk is to be set up at the site for people seeking information about their relations who may have been involved in the incident.

The media are hereby notified that the government will be releasing information whenever the need arises to avoid any sensational reporting of the unfortunate incident.”