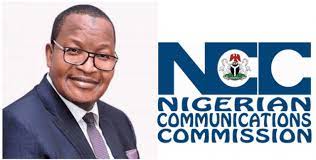 Touchaheart Nigeria reports that the Communications Commission, NCC, will organize a stakeholder engagement on the 5G spectrum auction in Lagos, the country’s commercial metropolis.

“This event is part of activities planned up for the implementation of the Fifth Generation (5G) Technology Deployment Plan in the country,” said Director of Public Affairs, Ikechukwu Adinde.

According to him, the forum would provide an opportunity for industry stakeholders to debate the draft Information Memorandum (IM) for the upcoming 3.5 gigahertz (GHz) spectrum auction.

Scheduled to hold at the Lagos Marriot Hotel, Ikeja, Lagos, Thursday November 4, 2021 at 10:00 am prompt, the Commission has confirmed that the attendance at the event is open to all interested stakeholders in the telecoms sector and beyond.

Adinde added further that the decision to host the stakeholder engagement is in keeping with the provisions of the Nigerians Communications Act (NCA) 2003 and NCC’s distinctive tradition of robust stakeholder consultation on all u regulation-related issues..

He recalled that the Commission established a committee in June to prepare an IM for the auction of the 3.5 GHz frequency band, which will be used for the country’s early deployment of 5G technology services.

The Information Memorandum (IM) is a detailed document that outlines the Commission’s procedures for auctioning the 3.5GHz spectrum band.

It also includes background on the Nigerian telecommunications market, the spectrum that will be made available, the pre-qualification procedure, the auction process, and an estimated timeline.

Said he,”The stakeholder engagement forum is, therefore, an important regulatory prerequisite for the planned auction of 3.5Ghz spectrum before the end of this year.

“Accordingly, the Commissions has called on interested stakeholders and members of public to participate and make contributions to discussions around this important draft document.”he declared

“In line with the objectives of the National Digital Economy Policy and Strategy (NDEPS) for a Digital Nigeria, and the positioning of Nigeria as an early adopter of digital technology as well as a major participant in the growing global digital economy, the successful and timely deployment of 5G is crucial for the country.

In this article:NCC, NCC Hosts Stakeholder Engagement In Lagos For 5G Spectrum Auction