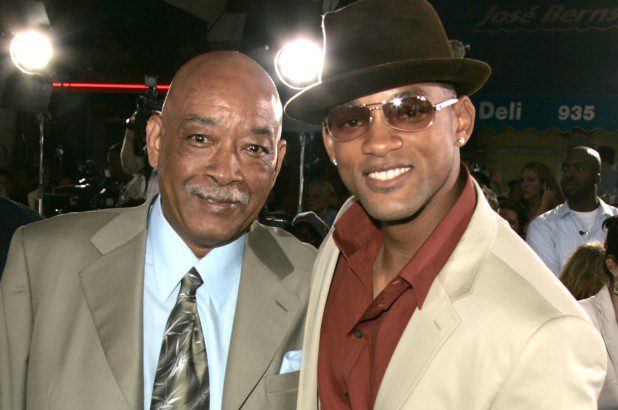 Will Smith claims that he contemplated killing his father at one point to “avenge” his mother for the abuse she suffered.

In an exclusive excerpt from his upcoming memoir ‘Will’ – published by People on Wednesday – Smith narrated how he once contemplated killing his late dad, William Carroll Smith Sr, to avenge alleged abuse suffered by Caroline Bright, his mother.

“My father was violent, but he was also at every game, play, and recital. He was an alcoholic, but he was sober at every premiere of every one of my movies,” he wrote.

“The same intense perfectionism that terrorized his family put food on the table every night of my life.”

The 53-year-old film producer also recalled a fierce moment he saw between his parents that he would never forget.

“When I was nine years old, I watched my father punch my mother in the side of the head so hard that she collapsed. I saw her spit blood. That moment in that bedroom, probably more than any other moment in my life, has defined who I am,” he wrote.
“Within everything that I have done since then – the awards and accolades, the spotlights and attention, the characters and the laughs – there has been a subtle string of apologies to my mother for my inaction that day. For failing her in the moment. For failing to stand up to my father. For being a coward.”

It is understood that Smith lost his father to cancer in 2016 – about 16 years after his parents divorced.
“One night, as I delicately wheeled him from his bedroom toward the bathroom, a darkness arose within me,” Smith continued.

“The path between the two rooms goes past the top of the stairs. As a child I’d always told myself that I would one day avenge my mother. That when I was big enough, when I was strong enough, when I was no longer a coward, I would slay him.
“I paused at the top of the stairs. I could shove him down, and easily get away with it. … As the decades of pain, anger, and resentment coursed then receded, I shook my head and proceeded to wheel Daddio to the bathroom.”