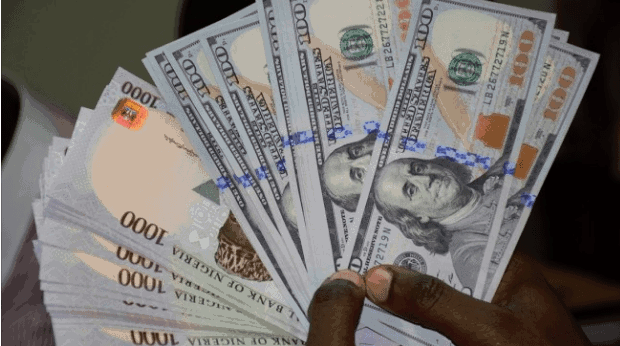 The dollar has plummeted, while the Naira has soared on the illicit market.

Touchaheart reports that the US dollar crashes as the Naira began at 560 on Thursday, November 4 in the parallel market, popularly known as the black market, after closing at 568 the day before on Wednesday, November 3.

The official currency of the United States of America, the dollar, crashed at the parallel market, also known as the black market, on Thursday, November 4 trading at 560 per dollar, with Bureau De Change (BDC) operators buying at 557 per dollar as at 9:15 a.m. in the Lagos market, according to Newsone Nigeria correspondent who visited the market on Monday morning.

IMPORTANT NOTE: The exchange rate fluctuates hourly, depending on the amount of dollars available and the Demands. What this means is that you can purchase or sell one dollar for $560, and the price can fluctuate (high or low) in a few of hours. The Naira rose against the US dollar at the official market on Thursday, according to Touchaheart Nigeria, following a small loss at the market sector the previous day on Tuesday, November 2.

According to data from the FMDQ securities exchange windows where forex is officially transacted, the local unit switched hands with the greenback currency at 414.49 per dollar on Thursday, November 4th, 2021, after closing at 414.80 for $1 on Wednesday, November 3rd, 2021.

The currency’s performance on Thursday indicates a 0.18 percent drop from its previous session on Wednesday, when it traded at 414.80.