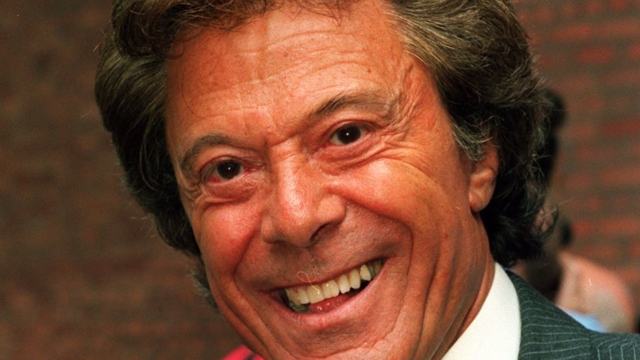 Lionel Blair, a Hollywood Star, has died at the age of 92, according to his agent

Touchaheart Nigeria reports that Mr Blair worked as an actor, tap dancer, presenter, and choreographer during his seven-decade career, and was a familiar figure on British television screens throughout the 1970s and 1980s.

He is most known for his role as a team leader on the hit game show Give Us A Clue, although he has also starred on Celebrity Big Brother and The Real Marigold Hotel.

Mr Blair also appears in the Beatles’ film A Hard Day’s Night as a choreographer. He had parts in Pageant, Lady Be Good, and Mr Cinders in the West End, including the Child Catcher in Chitty Chitty Bang Bang at the London Palladium. He also performed with Rat Pack member Sammy Davis Jr. at the Royal Variety Show.

Mr Blair was born Henry Lionel Ogus in Canada and migrated to the United Kingdom when he was two years old. He grew up in Stamford Hill, north London. He was relocated to Oxford with his sister Joyce and mother Deborah during the war.

He began acting in plays as a child and in 1944 enrolled at the Royal Shakespeare Theatre in Stratford. He went on to join the Savoy Players, a touring company. He decided to focus on dance after a spell performing in London’s West End theatres, and used the stage name Lionel Blair.

In March 1967, he married Susan and they had three children and three grandchildren. Following news of his death, broadcaster Piers Morgan described as a “lovely man” and “wonderful all-round entertainer”.

Actress Bonnie Langford shared a picture of herself dancing with Mr Blair, writing: “Dear Lionel. Privileged to have been your dance partner.” Danny Baker, a comedian and radio DJ, paid tribute to him, calling him “a true buddy, an entertainer beyond compare, an archive of a golden era, and an immense talent.”

“It’s impossible to believe he won’t be dropping names and spinning incredible tales in some Green Room somewhere.” A colossus. “Really,” he wrote on Twitter.

Mr Blair died in the early hours of Thursday morning, surrounded by his family, according to his management business.