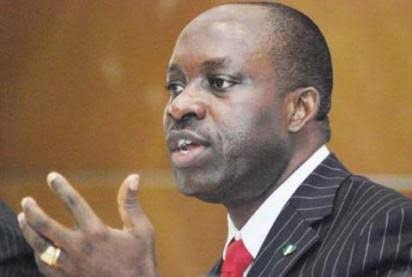 Prof. Charles Soludo, the All Progressives Grand Alliance’s (APGA) governorship candidate in Anambra, has decried the malfunctioning of card readers at polling units.

Touchaheart Nigeria reports that at his polling station, Soludo stated that he had yet to cast his ballot due to technical difficulties with the card reader.

The former Governor also claimed that over 800 people were still waiting for INEC authorities to address the problem.

Anambra Decide 2021: Governor, Obiano voting with his wife in Aguleri

“Over 800 people have been here since the morning,” Soludo said, “but we’re having technical difficulties in this unit.” Many voting stations are also devoid of INEC employees.

“There are two main things: the card reader has completely failed. Accrediting a voter can take up to 20 minutes. I’ve been waiting for INEC to repair things for 20 minutes.

“Complaints are coming in from all over the state.” At 12:30 p.m., voting had yet to begin in my polling unit, and we had not yet begun voting. The experts have come up short.

“This presents fundamental technological problems.” The flaws as well as the fact that many are unable to vote astound me. The technology needs to be fixed at INEC. We haven’t even started yet, and it’s almost 1 p.m., so when will the voting end for the process’s credibility?

“Materials haven’t even left the local government in Ihiala, but I’m calm and optimistic.”

“The second issue is INEC staff’s inability to be punctual at voting stations. There are no police officers in this area, which is an issue in some parts of the state.”

Soludo, on the other hand, begged with his fans to be patient and wait until the card readers are ready to vote.